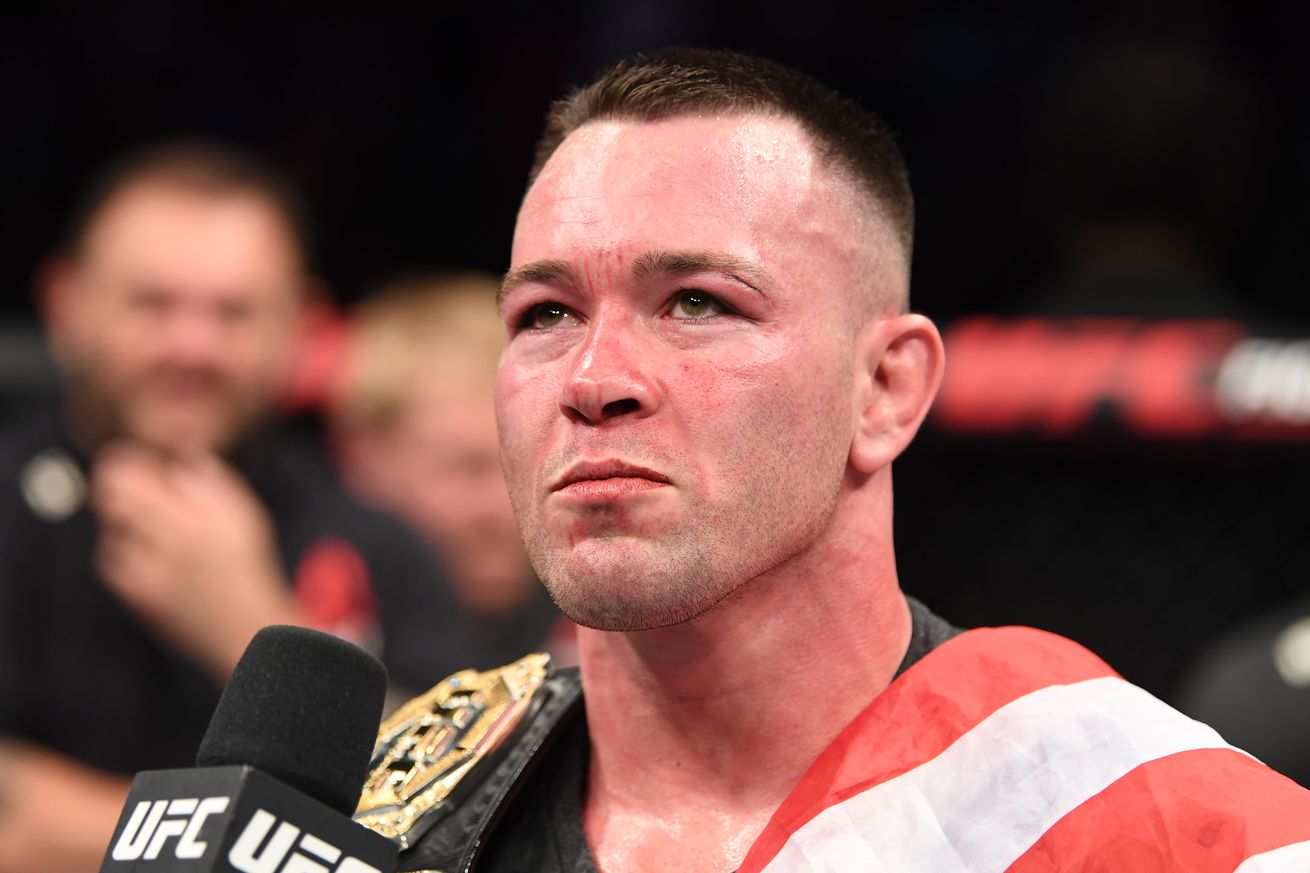 Colby Covington airs his side of the story about the supposed ruckus he was involved in at UFC 241. Colby Covington s self-marketing tactics have brought him a lot of heat. According to UFC president Dana White, Chaos also had a big target on him as he sat in the audience at UFC 241 last week.

Everybody in that section kept fighting with Colby, White said during the post-fight presser. So security kept coming over to me 50 times to get him out of there. And I said, No, everybody needs to start acting like f king professionals because I don t have another seat in this entire building. That whole section needs to stop starting fights with Colby.

Right when I got there, too, Jorge Masvidal was working his way down the line. Max Holloway had moved out of his seat so that Masvidal could come into his seat ... that f king game you play in kindergarten was going on over there when I went over there.

So I asked those guys to listen to me: We ve got a big night going on here. We have a big fight. I don t need a fight breaking out with you knuckleheads. Stop it.

During a recent media scrum at the American Top Team facility, Covington went on to explain his side of the story.

It s embarrassing, man, he told MMA Fighting s Danny Segura transcript by MMA News . We re supposed to be professionals and these guys wanna act like street thugs. They want to fight in the crowd, but they don t want to fight in the Octagon and makes millions of dollars.

So it s pathetic. Like Dana White said, they re little kindergarten kids. Own up, be a professional, man. Don t get so salty, don t get in your feelings just cause I m making more money than you. Just cause your jealous I win every fight and you can t stop me. Don t be jealous of that.

Covington also went on to clarify some claims about Jorge Masvidal wanting to brawl with him, too.

There s not really much to clarify. My boy Jorge Masvidal had my back, he said. He was like three or four rows back. I was front row, you know, because they put the champ front row obviously.

I was trying to get my boy Jorge to the front row, but he s gotta earn his way up.

Covington is next in line to challenge Kamaru Usman for the UFC welterweight title.