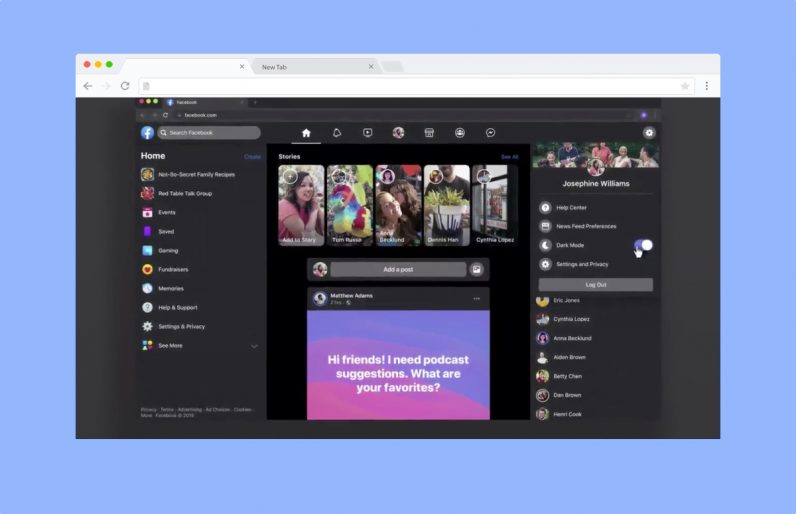 Get the Full StoryIn May, Facebook said it was going to redesign the website and bring dark mode to its website and mobile apps. While it began testing dark mode for its Android app in August, it has now started rolling out a beta version of its website with that option to some users too. Multiple people are being invited to test the new interface. The screenshots shared by testers are akin to design Facebook showed off at its developer conference F8 in May. The new version of the website kinda looks like Twitter: Got the invite to try Facebook's new desktop design This story continues at The Next WebOr just read more coverage about: Facebook,Twitter

Pssst... That face mask isn't a coronavirus force field - CNET
It took Apple Watch almost 5 years to win me over. Here's why I love it now - CNET
iPhone SE vs. Galaxy S10E and other budget phones you can buy in 2020 - CNET
Samsung's The Terrace costs 3,500. But do we even need outdoor TVs? - CNET
Google Home is better at math than you are. 12 useful questions it can instantly answer - CNET