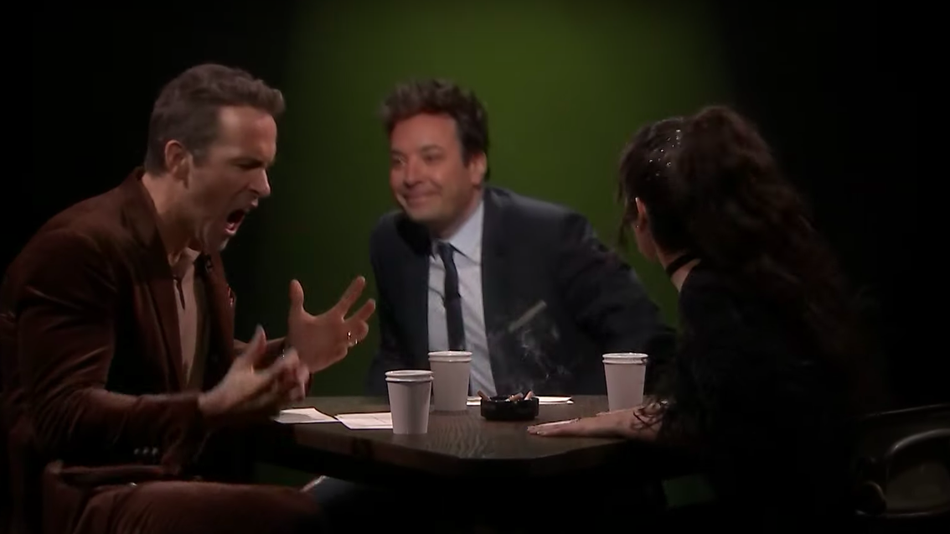 Get the Full StoryOn Tuesday's episode of The Tonight Show starring Jimmy Fallon, Ryan Reynolds and Camila Cabello joined the host for a round of True Confessions. In the game, one person tells an anecdote while the other two must guess if it actually happened or not, complete with noir-style interrogation vibes.

Cabello told a very plausible story about losing Taylor Swift's cat while on tour with her in Vancouver, allowing Reynolds to flex his knowledge of less-plausible Canadian laws. However, she and Fallon considered Reynolds' claim his mother once washed her hands with a urinal cake to be fairly suspicious. Read more...More about The Tonight Show Starring Jimmy Fallon, Jimmy Fallon, Ryan Reynolds, Camila Cabello, and True Confessions