Covington slams Masvidal and Poirier: Off camera, they re pieces of sh-t 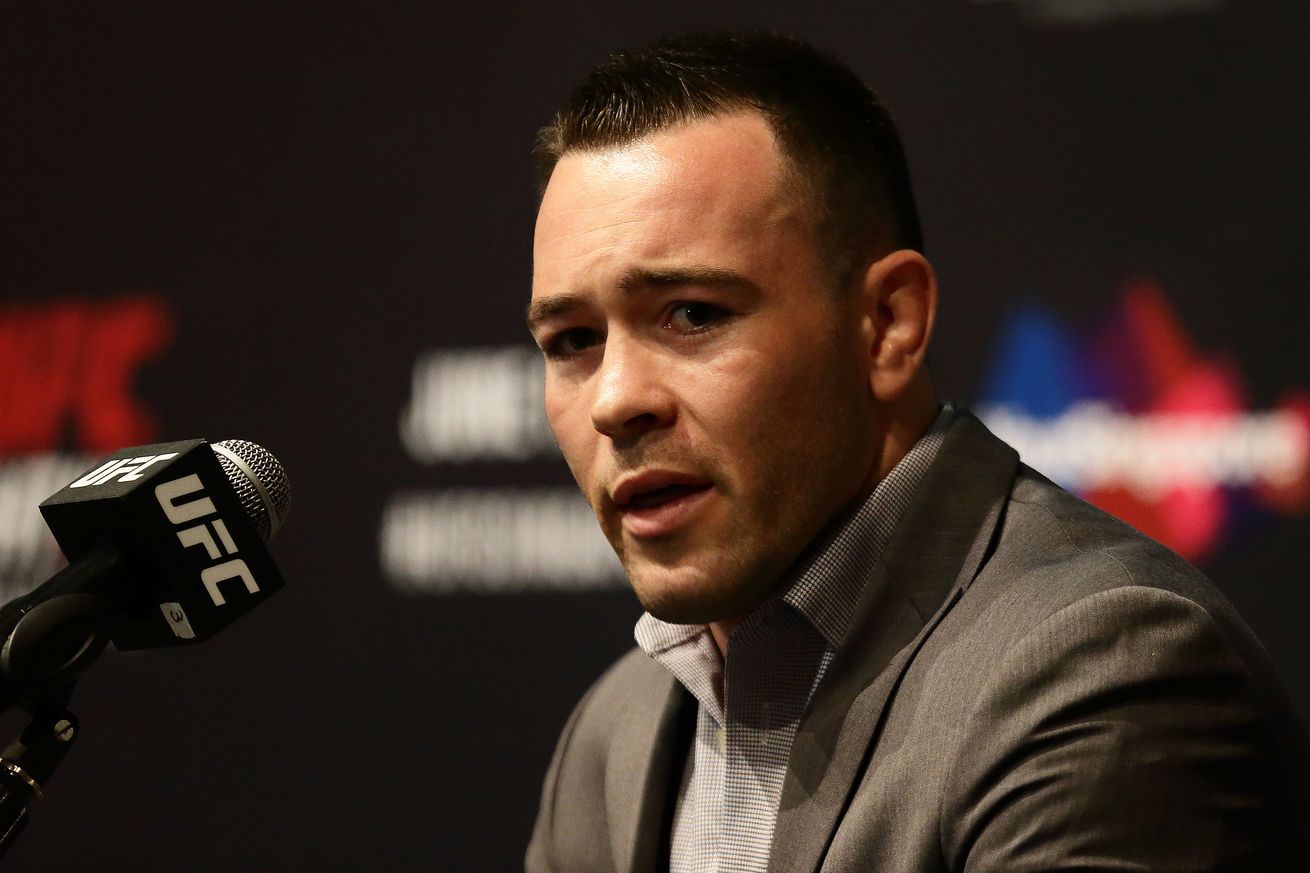 Get the Full StoryPhoto by Suhaimi Abdullah Getty Images for UFC

On the cameras, they play good guys but off the camera Jorge and Dustin are pieces of sh t and the lowest scum of the Earth. Now that Colby Covington has left American Top Team ATT , the former interim UFC welterweight champion is free to say whatever he wants about his former teammates not that Dan Lambert s gag order stopped Chaos from talking trash about them in the first place.

In his first interview with MMA Fighting since leaving American Top Team, Covington called Dustin Poirier and Jorge Masvidal lowlife pieces of sh-t who put on fake personas for the camera. The 32-year-old alleges that Doufus and Street Judas were always complaining to Lambert during gym time and disrupting training sessions with their unruly behavior.

A lot of people were sensitive, namely Doufus Dustin Poirier and Street Judas Jorge Masvidal, Covington said. They had feelings. They don t want to fight me in the cage. They d rather go cry to Dan Lambert and beg him to protect their precious little feelings cause if they fight me in the cage, they know what s going to happen. I m going to tear them limb from limb.

The last six months, I m going into ATT and Dustin or Jorge are in there, they re screaming across the gym , he said. I m like let s go. You want to fight, let s fight right now. Stop talking this sh t, creating drama in the gym so they have to make a decision like this or have to do a drastic action.

They get such a good rap in the media, like these are just such good guys but no one knows these people off the cameras, Covington said. On the cameras, they play good guys but off the camera Jorge and Dustin are pieces of sh t and the lowest scum of the Earth. Dustin started a charity for a tax write off and he wants to claim he s such a good guy. How are you a good guy for starting a charity for a tax write off, you fraud. You piece of sh t. Jorge, same sh t. You re out here talking about oh I m the dine and dash king, I run out on these single mothers from Denny s who are trying to put food on the table for their single parent families and he s claiming to be the king of that.

The guy s the biggest, lowest denominator of scum in the entire world and I pray to God, they f cking let me get locked up in a cage with him. Cause he knows what s going to happen. I will break his face. I will rip him limb from limb and he will never be the same person ever again. I promise you that. He will need a psychiatrist after I m done with him.

Covington hasn t fought since his fifth-round TKO loss to Kamaru Usman at UFC 245, and the NCAA Division I wrestler can think of no better return fight than Jorge Masvidal.

There s just something so intriguing about this fight with Journeyman Street Judas Masvidal, Covington said. He s been running this big game like he s so f cking tough. Like he s Miami s gangster. Guess what, b tch? I run Miami. I m the king of Miami. I run 305. I m Mr. Worldwide. We can do it every single day. I promise you, this ain t just talk, if I see that guy in the street, he s getting slapped the f ck up and dropped on his head and he knows that. Deep down inside, he knows he can t stop me so all the bullsh t narrative that Jorge Masvidal and Dustin Doofus Poirier had in the media before oh Colby s my teammate, I can t fight him. Guess what, b tch? You ain t got nothing to say.

Direct your complaints at me. All you f cking snowflakes directing your feelings at Dan Lambert, a multi-millionaire businessman. You re f cking grown ass adult professional cage fighters and your precious little feelings are hurt and you re going crying to f cking Dan Lambert? Guess what, b tch? I m the head of the complaint department not Dan Lambert. I don t give a f ck about your feelings or your complaints. Come see me in the Octagon but you ain t going to do that cause you re f cking scared.

Covington is ranked #2 in the UFC welterweight rankings, while Masvidal, the BMF champ, is ranked #3.