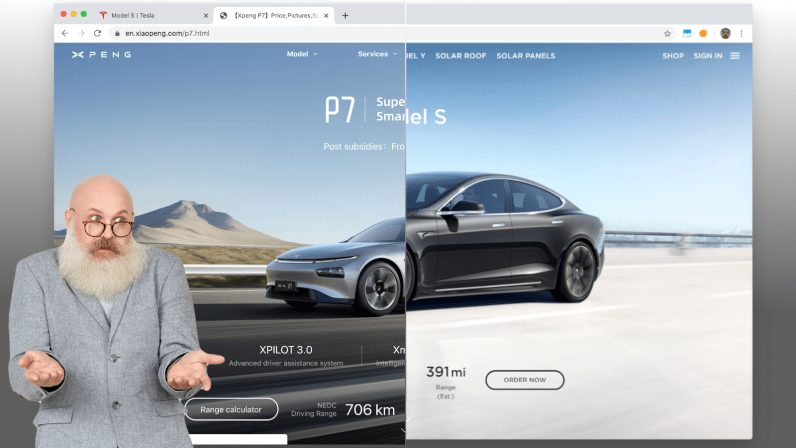 Get the Full StoryChinese carmakers taking too much inspiration from western brands isn t exactly a new phenomenon, but one China-based EV maker has zero-chill and is now even copying Tesla s web design. Read: UK automotive production at lowest level since WW2, to cost industry 15B Spotted by an unnamed individual, who then tipped off Electrek, Xpeng appears to be copying Tesla s website design. I say appears, but take a look a the screenshots below and decide for yourself. The similarities are clear. Putting the actual vehicles to one side, the website shows the car moving swiftly against a cloudless blue sky. The name This story continues at The Next WebOr just read more coverage about: Tesla