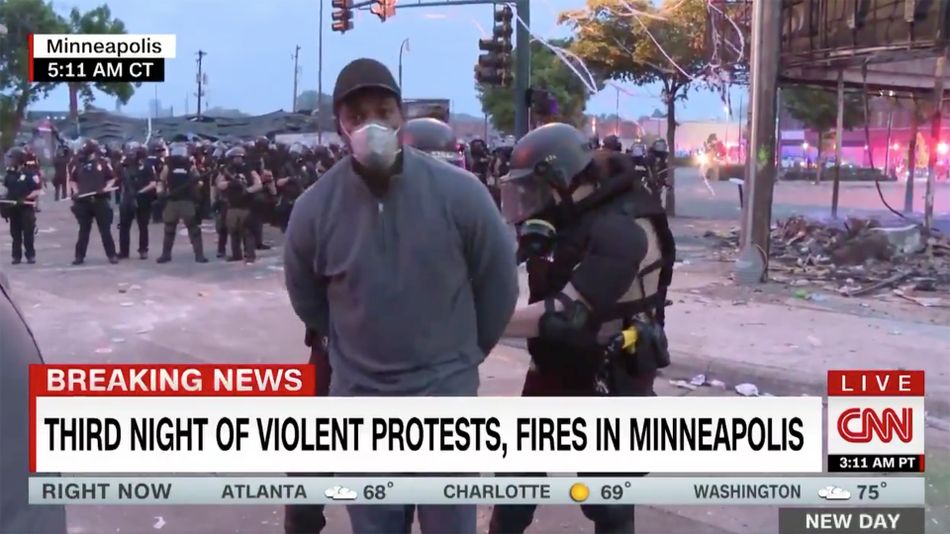 Get the Full StoryState police in Minnesota have arrested a CNN reporter, producer, and camera crew while they were live on air, covering the protests in Minneapolis that followed the death of George Floyd, an unarmed 46-year-old black man who died in city police custody.

In a video shared to Twitter on Friday morning, correspondent Omar Jiminez can be seen speaking to police in the middle of a deserted street, showing them his identification while he explains that they're currently live.

"We can move back to where you'd like, we are live on the air at the moment," Jiminez says. "This is the four of us, we are one team. Put us back where you want us, we are getting out of your way, so just let us know. Wherever you want us we will go, we were just getting out of your way when you were advancing through the intersection." Read more...More about Cnn, Protests, Culture, Politics, and Movies Tv Shows