Cormier on eye poke allegations: I m not purposely doing that to Stipe Miocic 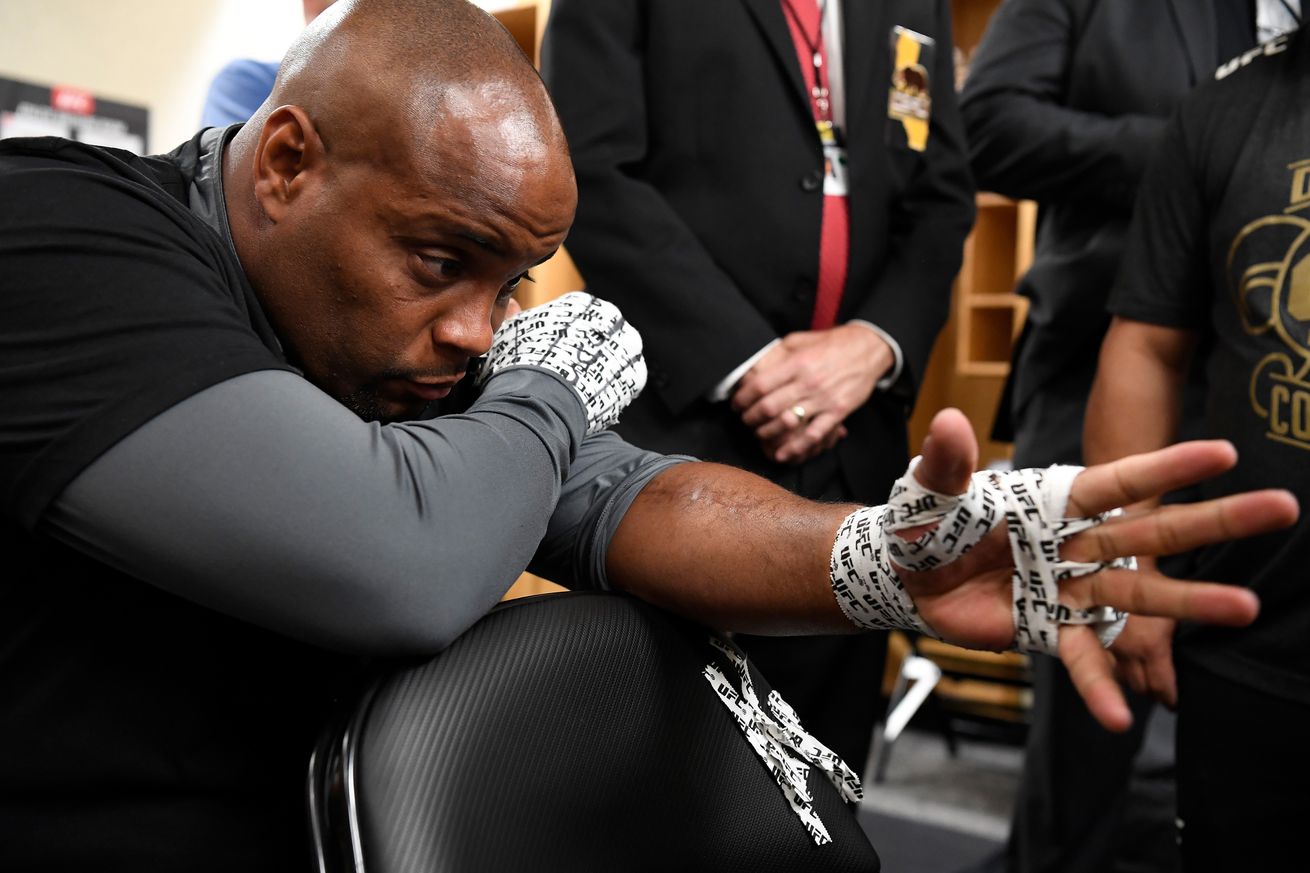 I m not purposely doing that. I m not purposely poking him in the eye. Stipe Miocic was forced to undergo eye surgery after suffering a major retina injury from multiple eye pokes against Daniel Cormier at UFC 241. Despite this, Miocic went on to TKO Cormier in the fourth round to reclaim his heavyweight title but the two-time heavyweight champ found himself sidelined for the rest of the year due to the eye pokes.

Miocic also alleges that he suffered an eye poke just moments before his knockout loss to Cormier at UFC 226, but DC insists it was accidental.

I m not purposely doing that, Cormier told MMA Fighting ahead of his trilogy bout with Miocic at UFC 252. I m not purposely poking him in the eye. That first fight, I kind of poked him in the eye but the issue with that was sometimes when I spar and because I m shorter, I have the 16-ounce gloves, I can kind of flick my hand towards guys and hit them when they re a little bit out of range. I think that s what happened the first time.

The second time, once I think my knuckle got jammed into his eye but that s not a finger. I kind of punched and the thumb was tucked into a fist but the knuckle got him in the eye.

I m not trying to poke the guy in the eye. That s f king stupid, he added. Why would I ever do that? I don t wish long term damage to this guy s eye. I don t wish that the guy can t see out of his freaking eye. That s crazy.

One of my friends and co-workers deals with that, Michael Bisping. I don t want to see another guy having to deal with that. That s crazy. I m not trying to poke this guy in the eye.

Cormier also alleges that Miocic poked him in the eye but he decided not to make a big deal out of it.

UFC 252, which will feature Miocic vs. Cormier III as the main event, is scheduled to take place on Aug. 15 at the UFC APEX facility in Las Vegas, Nevada.