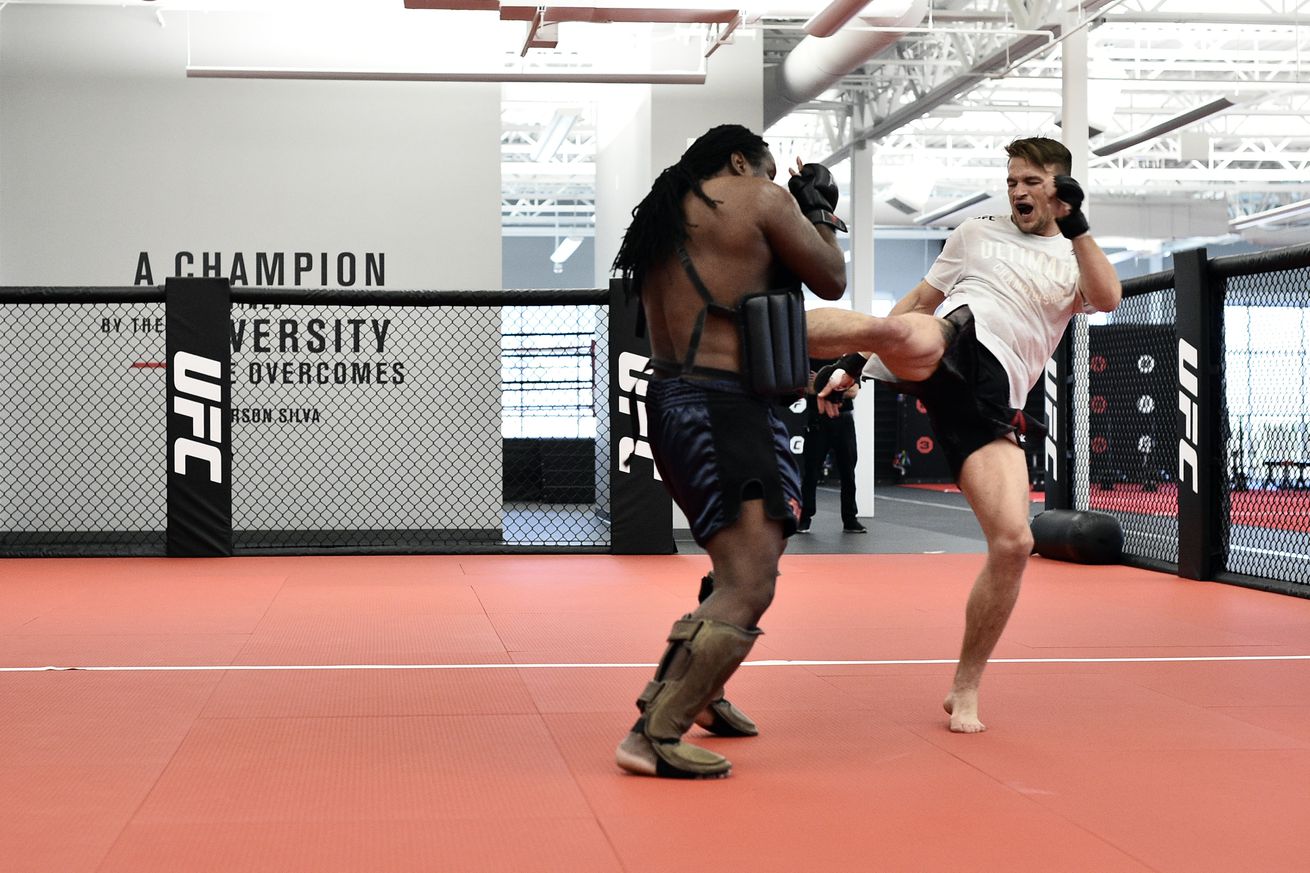 Dewey Cooper was the other man in the corner with Max Rohskopf during his ill fated UFC debut, and he has no problem with the way Robert Drysdale handled Rohskopf s desire to quit between rounds. One of the more persistent stories from the past month of events at the UFC Apex facility involved relatively unknown prospect Max Rohskopf and his debut against Austin Hubbard on the Blaydes vs. Volkov headlined ESPN card. Rohskopf s decision to quit the fight between the second and third rounds caused a wave of controversy, most notably due to his coach s insistence that he stay in the fight until the final bell.

Rohskopf stuck by his guns, however, and the bout was called off. The aftermath of that decision saw many fans questioning Robert Drysdale s coaching work with his fighter, especially noting that they felt he was ignoring a corner s prime directive: to protect the safety of the athlete. But, if that s the center point to criticism of Drysdale, fellow Zenith MMA coach Dewey Cooper wants to set the record straight.

Cooper was one of the other men in Rohskopf s corner for the 25-year-old s first bout in the Octagon. And not only does he entirely agree with Drysdale s handling of the situation, but to his way of thinking a coaches primary concern is to help their fighter win it s on the referee and ringside physician to make safety a priority.

I m glad I have a platform just to say this: Everyone is saying the No. 1 responsibility for the coach is the fighter s protection, and I ll be the first to say I totally disagree with that, Cooper said in a recent interview with MMA Junkie. I ve been fighting for 36 years. I ve got as much experience as anyone in the world. I have as many fights combined more than 75 percent of the guys in the world under my experience. I think the only responsibility for a coach is to try his best to propel his fighter to victory. That s the No. 1 thing we re there for, and that s in training camp and in the fight. The responsibility of the ringside doctor and the referee is the fighter s safety. I think everyone has this confused.

The coach s No. 1 responsibility is to propel his fighter to victory and make his fighter better than they were before. 1B would the fighter s safety; 1A is victory. If you truly feel your fighter can keep going, or you don t feel your fighter has taken a lot of damage, you should definitely motivate him to keep fighting. There was not a lot of damage in the fight, it was not as severe as the fights it was compared to. I think the whole thing was blown out of proportion.

He went on to explain that coaches should know their fighters well enough to know when they can be pushed and when they are honestly, actually in trouble. Stopping a bout should only be on the table when a fighter is taking undeniable damage or other similar circumstances. Points that Cooper feels just weren t present in Rohskopf s loss.

For his part, Rohskopf also stood by his coaches actions, citing his own long struggles with maintaining confidence in highly competitive situations. And while that may be the kind of more personal knowledge that Drysdale was operating on, when he pushed the fighter to keep going, the former collegiate wrestler was out-worked in the second round by Hubbard to a tune of 45 significant strikes to only 6 returned. If that trend had continued, he just might have been headed for the kind of undeniable damage Cooper mentioned. For many the push for caution is more important than for a slim chance at victory.