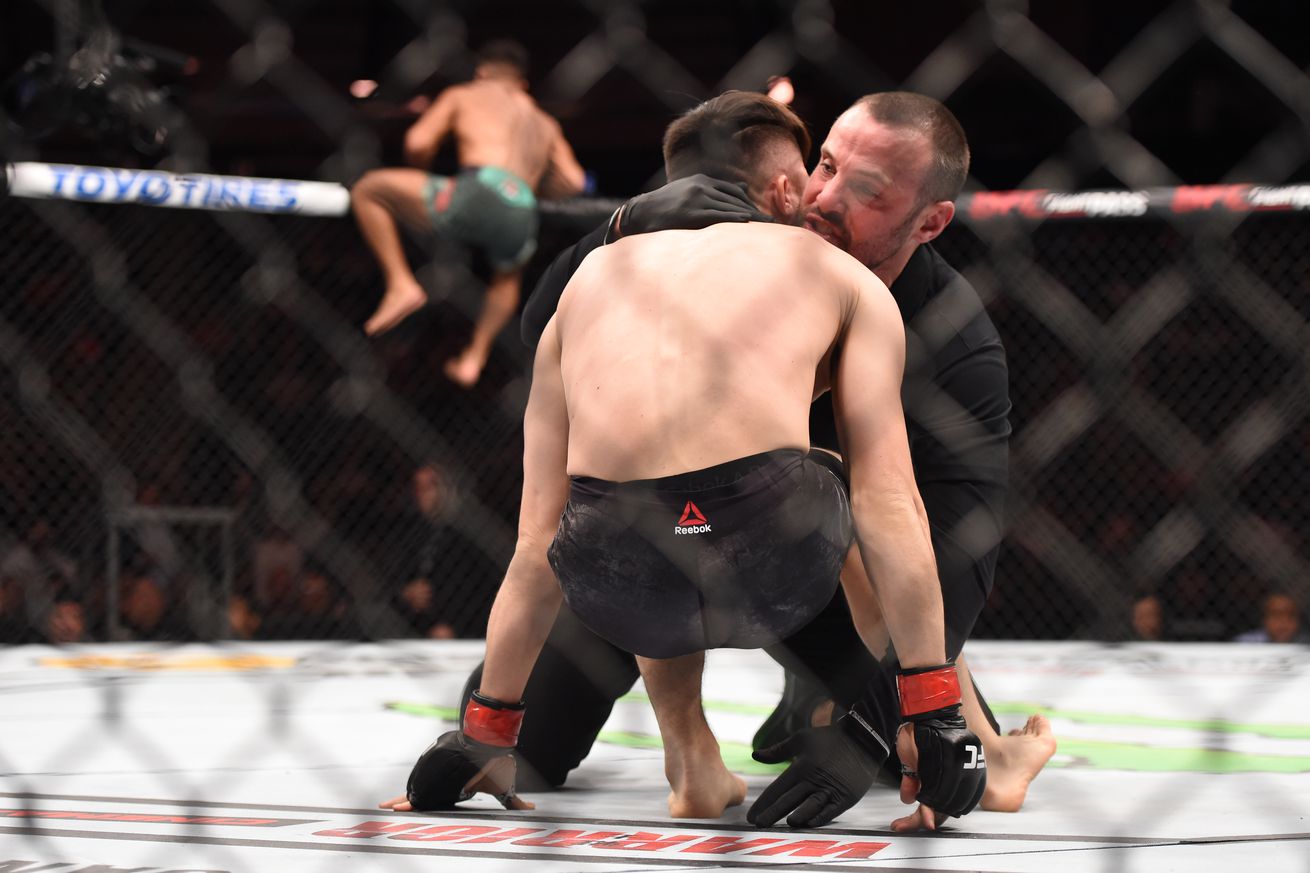 Boston Salmon picked up a win after he was brutally knocked out. Boston Salmon fought for the first time since his UFC stint on Friday night. While it officially goes down as a victory, it certainly was not how he wanted to get it.

In the second round of his LFA 84 bout against Shawn West, both fighters simultaneously land big right hooks, but the UFC veteran took the worst of it and was dropped. West came in running in as Salmon was knocked down, throwing a brutal and blatantly illegal knee as he was down. The illegal strike knocked Salmon out cold and left him bleeding from his head.

Watch the nasty sequence below:

Salmon, who was officially awarded the disqualification win, has now been stopped by strikes three times in a row, dating back to his two UFC fights in 2019. The Dana White s Contender Series veteran s record now improves to 7-3 overall.