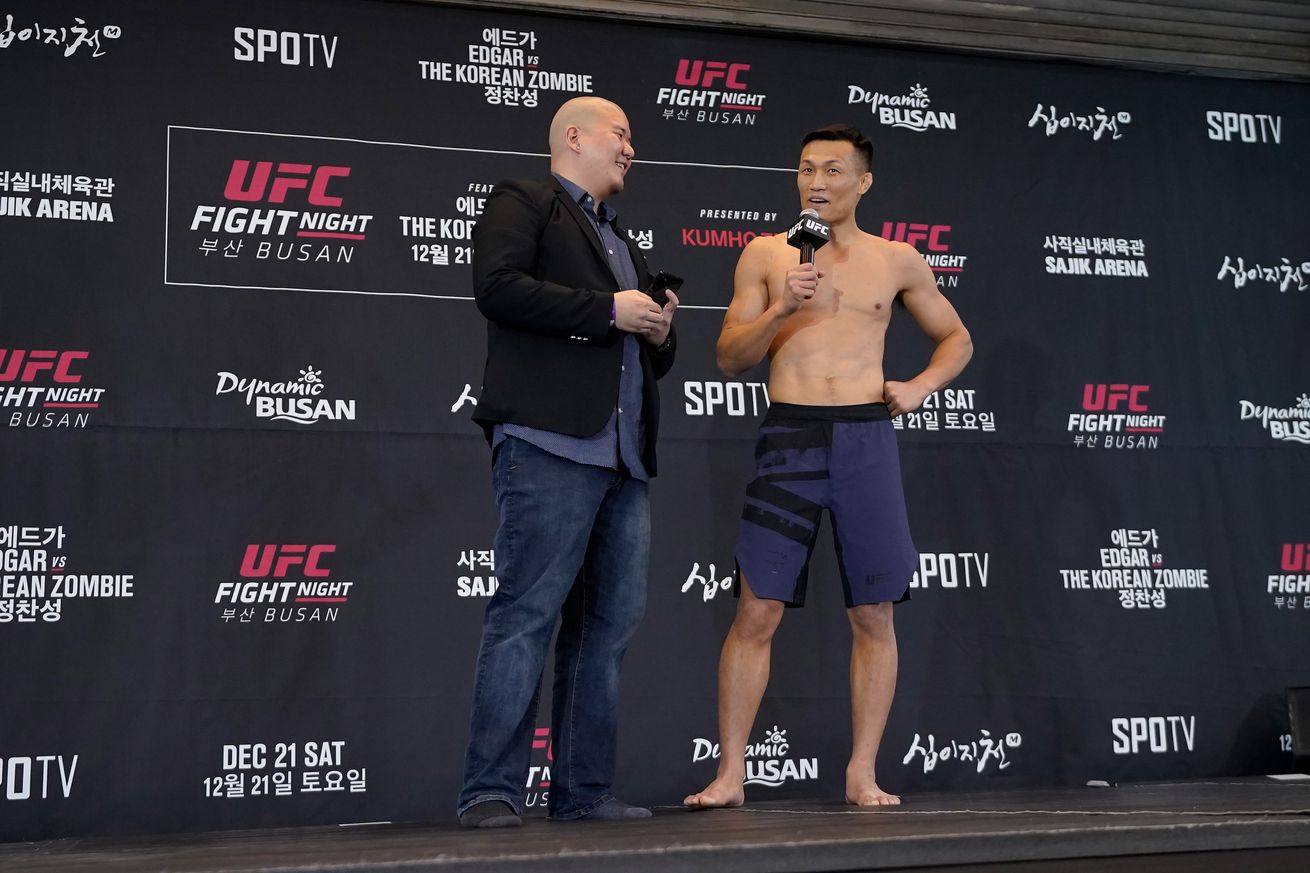 Join us for a live video stream of the UFC Fight Island 6: Ortega vs. Korean Zombie post-fight press conference which will kick off at approximately 10:15 PM ET 7:15 PM PT.

Join us here at BloodyElbow.com around 11:15 PM ET 8:15 PM PT for a live stream of the UFC Fight Island 6: Ortega vs. Korean Zombie post-fight press conference, live from the Flash Forum on Yas Island, Abu Dhabi, United Arab Emirates. You can catch the video above, and since Bloody Elbow has the best comments section of any sports site, you should stick around here and participate below.

Fighters like the main event stars Chan Sung Jung and Brian Ortega will be in attendance, along with the best performers from the rest of the card, including Jessica Andrade, Kaitlyn Chookagian, Thomas Almeida, Jonathan Martinez and more. The press conference will announce the fight of the night and performance of the night bonuses and includes the new media Q&A with the fighters individually breaking down the bouts and finding out what the winners are aiming for when negotiating their next fight. We often get some great moments and quote gold from these pressers, so it s definitely worth tuning in.

Please note that depending on what time the card ends, the press conference may start later than originally scheduled.