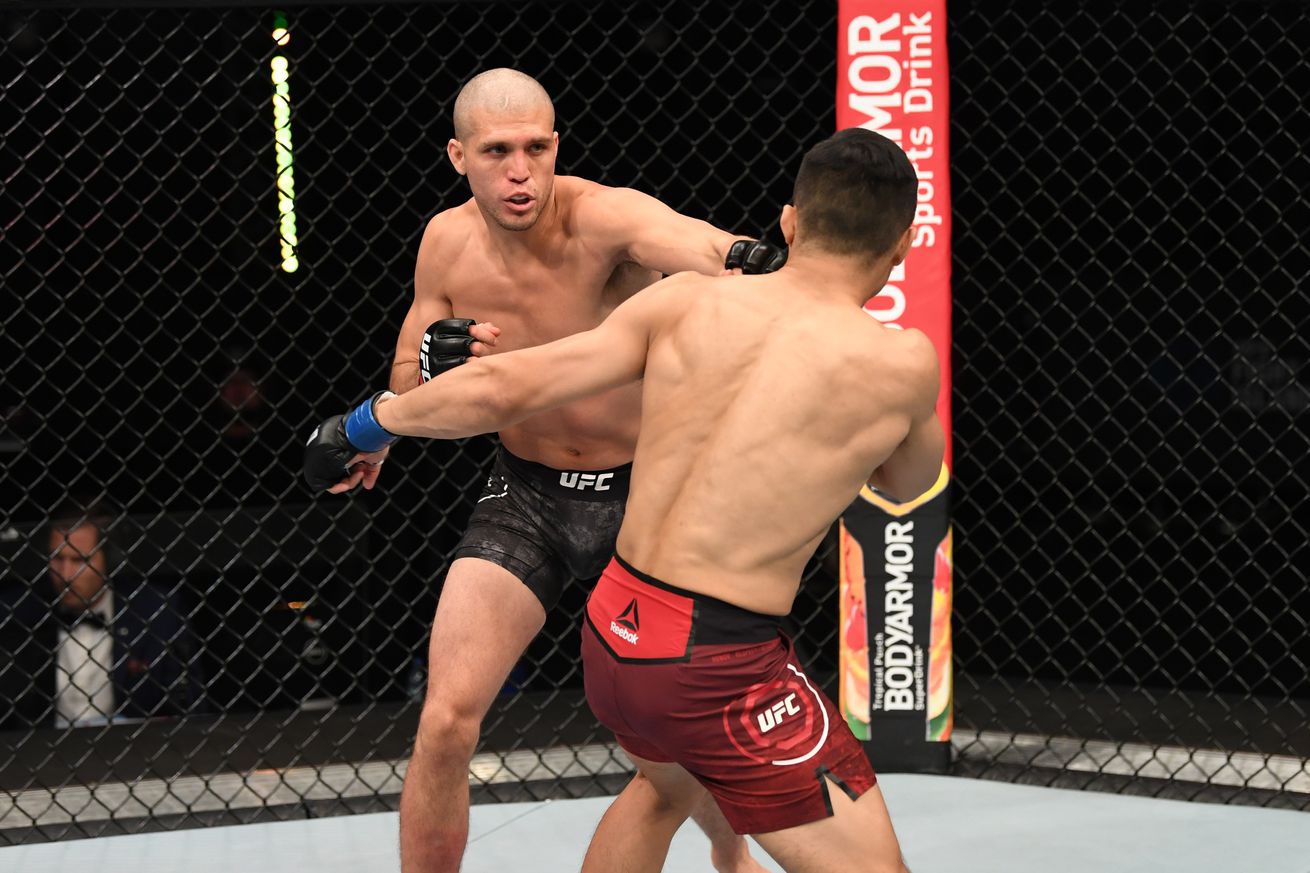 Check out the full fight video highlights of Brian Ortega out-striking The Korean Zombie Chan Sung Jung in the UFC Fight Island 6 main event. The UFC Fight Island 6 main event saw the company s #2 ranked 145-pounder, Brian Ortega, return to action to win a dominant standup decision against The Korean Zombie Chan Sung Jung. Ortega was looking sharp on the feet, landing a variety of strikes to achieve a couple of knockdowns. One knockdown came courtesy of Ortega s left hand towards the end of the opening round, and then another big knockdown happened in the second round from a clever spinning elbow. This is about as complete as we ve ever seen Ortega look on the feet, and it almost makes you forget about his lethal grappling.

Check out Tim Burke s play-by-play of Brian Ortega s second round against The Korean Zombie:

Zombie is pressing immediately. Ortega with a low kick. Low kicks. Ortega s jab is beautiful. T-City shoots and puts Zombie on his butt for a second. So pretty. He lands a short left and there s a weird ref stoppage because the ref thought it was an eye poke? Or clash of heads? Not sure. They re back at it quick. Body kick from Zombie, but he eats a right hook counter. Zombie s bleeding from whatever happened a bit ago. Nice lead left from TKZ, he s nowhere near done. Side kick is caught by Ortega. He scoops a single, but can t plant Jung on the mat. Spinning elbow misses this time. 10-9 Ortega though. Zombie needs a finish.