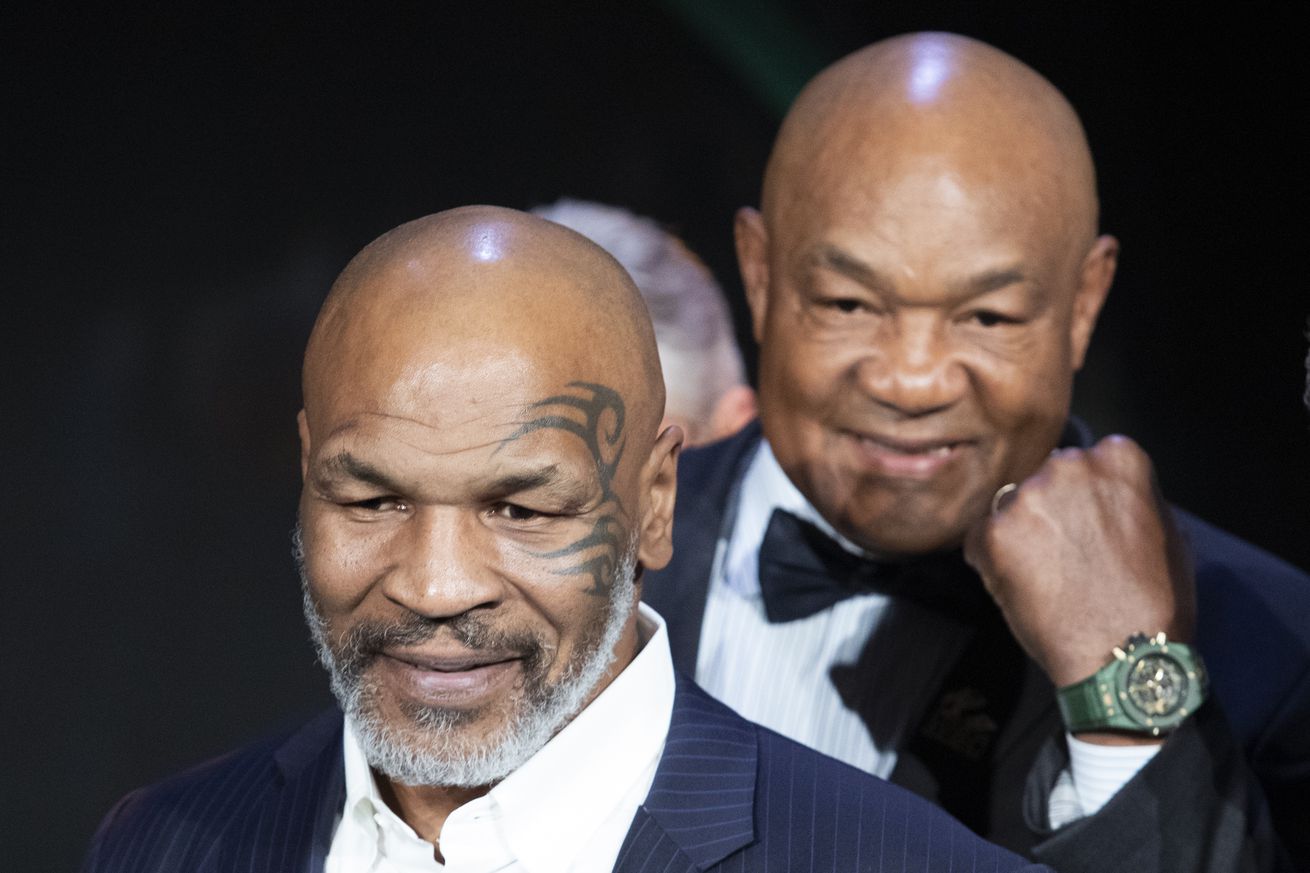 Get the Full StoryPhoto by Omar Vega HUBLOT via Getty Images

Reactions from within the boxing community following Mike Tyson s exhibition match with Roy Jones Jr. were pretty mixed. But former champ George Foreman feels the right manager could make Tyson a title contender again. If anyone knows about defying the odds where father time is involved, it s George Foreman. But even Big George was almost a decade shy of the currently 54-year-old Mike Tyson when he beat Michael Moorer for the WBA & IBF heavyweight titles.

Still, following Tyson s 8-round performance in an exhibition boxing match with Roy Jones Jr. this past weekend, the legendary heavyweight and lean grilling enthusiast had nothing but glowing praise for Iron Mike even going so far as to suggest that there was a path to title contention for the former undisputed champion.

I just couldn t believe what I saw, Foreman enthused, speaking to USA Today. And that was just an exhibition. Just think if Tyson had some activity the last two years. He d be in line to be the champion of the world again at 54, 55.

You have to have a really good manager to navigate you who to fight and who not to fight, he added. But if he gets someone who can do some creative moves, he can be in the big time quickly.

Foreman said that what impressed him more than anything, was Tyson s ability to reset and track down Jones movement, telling reporters, Roy Jones had him confused the first round or two, and he fought through that.

Having just fought the man, Jones himself gave some credence to Foreman s observations, saying that Tyson is still an exceptional puncher, and can do anything he wants to do. But others aren t so easily swayed by Saturday s performance.

Most notably, famed trainer and boxing commentator Teddy Atlas made no bones about what he thought Tyson s chances would be if he were to step into the ring with a current top-ranked heavyweight, calling the idea a joke. It would be a one-round debacle, Atlas added, even as he admitted that Tyson still looked like a powerful puncher.

But you could see that there were opportunities to catch Tyson as he s coming in, Atlas explained. Jones wasn t able to stand in that sort of pocket, if you will, and throw a straight right hand. Tyson, as he s coming in, he starts to launch a left hook, and he starts to create an opening that can be filled. Jones wasn t able to do that. He was physically and mentally not able to do that.

Fellow former champion Larry Holmes added his own criticisms of the performance, noting that Tyson often had trouble closing the distance effectively on Jones. And every time he did the fight became a wrestling match.

While Tyson is undoubtedly still a marketable name, especially with casual fans outside the core boxing audience, it seems highly unlikely that this career reboot will lead anywhere near a major belt. Most recently Tyson has been calling out former rival and bite victim Evander Holyfield; promising to improve on this most recent performance for the next exhibition. And as long as there s plenty of money to be made, it seems likely that exhibitions are where these fights will stay.

White: If Khabib doesn t want to return, I won t push it anymore
Marcellus Wiley: Tom Brady is the greatest athlete of all time & makes others great too SPEAK FOR YOURSELF
Emmanuel Acho: Ravens should have concerns about signing Lamar to a long-term contract SPEAK FOR YOURSELF
Top 10 Raw moments: WWE Top 10, Jan. 25, 2021
Tom Brady lives rent free in Charlotte Wilder's head FOX NFL