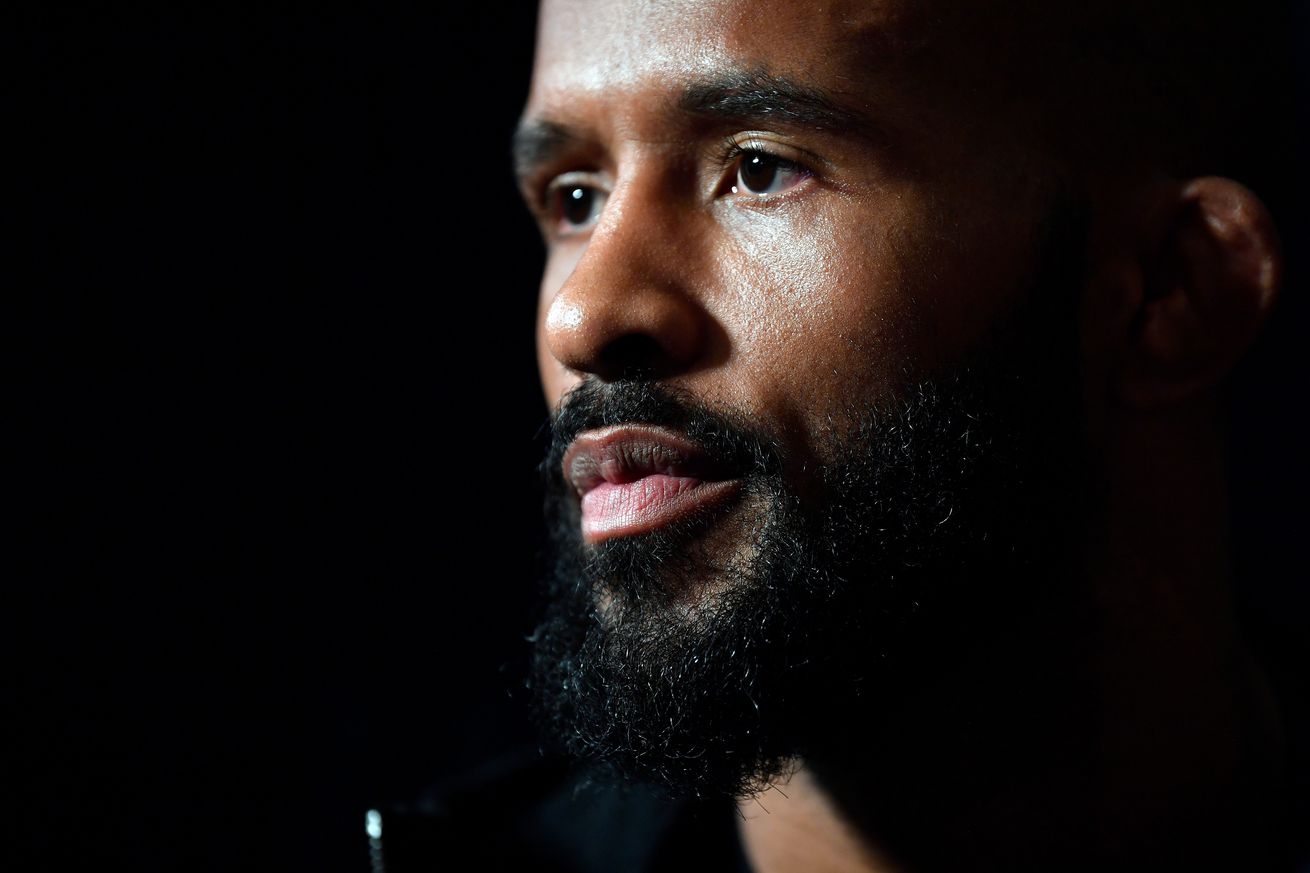 Get the Full StoryDemetrious Johnson at the UFC 227 media day in 2018. Photo by Jeff Bottari Zuffa LLC Zuffa LLC via Getty Images

Demetrius Johnson took his first ever KO loss at ONE on TNT 1 yesterday. After an undefeated run to start his ONE Championship career former UFC flyweight king Demetrious Johnson fell to Adriano Moraes last night at ONE on TNT 1. In the main event, which saw Moraes ONE flyweight title belt on the line, Johnson lost by KO.

The entire fight is available for free below:

The first round of the fight was a pretty even affair, with Mighty Mouse using his trademark quickness to get inside and harry the taller longer Moraes. However, in the clinch and on the ground Moraes size advantage gave Johnson plenty of trouble.

In the second round Johnson continued to try and negate Moraes reach advantage by rushing inside. However, on one foray forward he got too close to Moraes strikes. A scramble sent Johnson to the canvas and from there Moraes, well schooled in ONE s rule-set, landed a brutal knee to his grounded opponent.

Johnson immediately reeled back and the fight was stopped.

This goes down as the first and only stoppage of Johnson s illustrious 35 fight career. His previously loss was his last fight in the UFC, a split decision defeat to Henry Cejudo.

Since joining ONE he has won the ONE Championship Flyweight Grand Prix with wins over Yuya Wakamatsu, Tatsumitsu Wada and Danny Kingad.

Also at ONE on TNT 1 last night, Eddie Alvarez lost via disqualification to Iuri Lapicus controversially and Reug Reug continued his ascent with a one-sided beating of Patrick Schmid.