DJ after loss via grounded knee - I like these rules 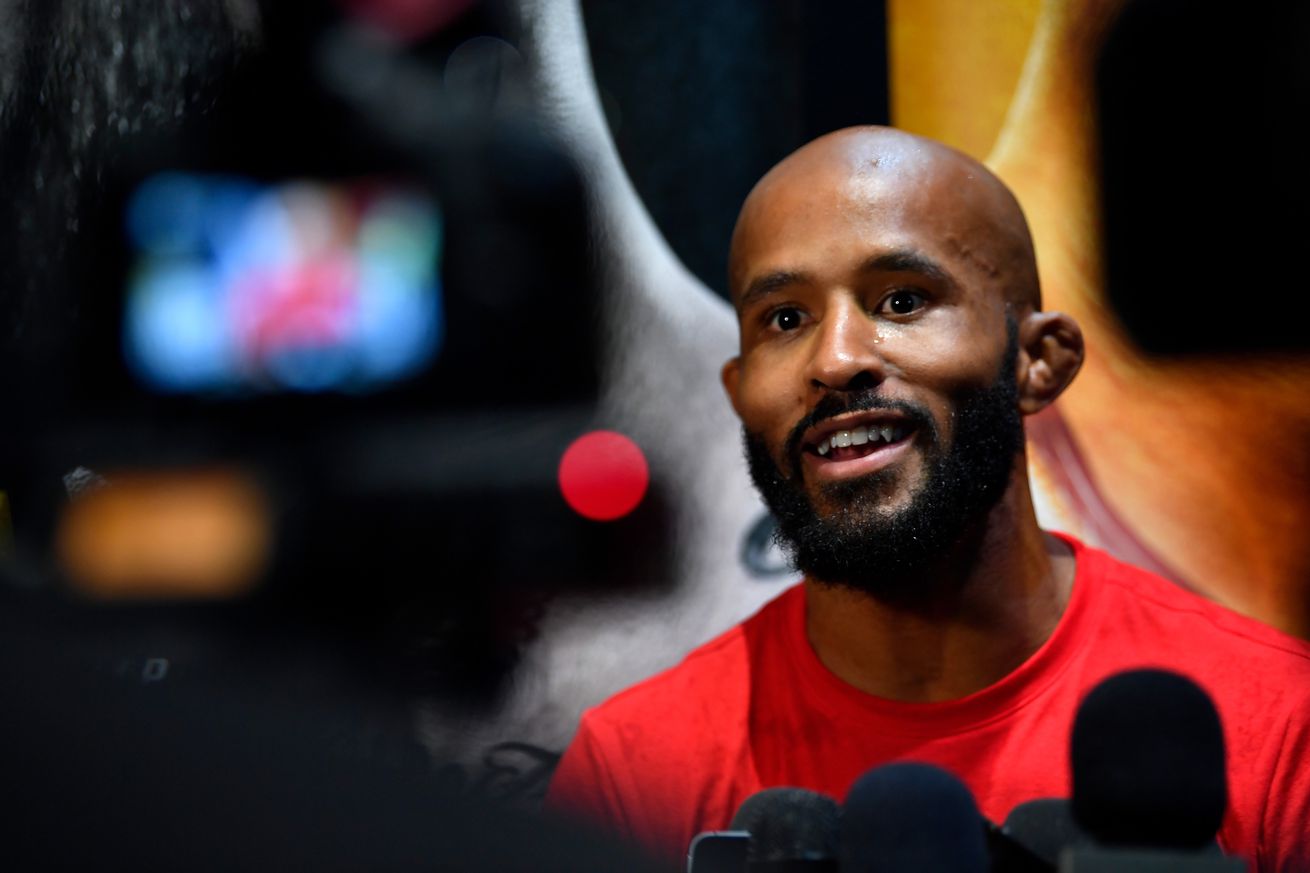 Get the Full StoryDemetrious Johnson at a UFC event in 2018. Photo by Jeff Bottari Zuffa LLC Zuffa LLC via Getty Images

Demetrious Johnson was stopped for the first time in his career at ONE on TNT 1 yesterday. Former UFC flyweight champion Demetrious Johnson took a tough loss in Singapore last night in the main event of ONE on TNT 1. At that event Mighty Mouse was KO d by a knee while he was on the ground, which is perfectly legal under ONE s rule-set.

The loss came to Adriano Moraes, who was defending his ONE Championship flyweight title. Moraes was able to use his size and reach advantage to keep Johnson at bay in the first round of their fight. Then, after a scramble send Johnson to the ground in the second round, he was able to measure up and score a precision knee strike right to the former UFC champ s cheek.

During his post-fight media scrum Johnson saluted Moraes and expressed appreciation for the rules that allowed him to get KO d.

Demetrious Johnson post-fight media scrum at ONE on TNT 1.

I like these rules, he said ht MMA Fighting . Like I said, it s a progression of a fight. I went down on my back, I was coming up for an underhook, Adriano had me posted and he blasted a knee, the fights over, it s done, I don t get anymore concussions, it s just done. And it was a different position than I ve been in. Adriano did a good job of using his length. He fully extended me and landed the knee...

Yeah absolutely I still support the rule . Like I said, it ended the fight. I wasn t stalling one bit. I was trying to get up and fight and I got blasted with a knee. My very first fight in ONE Championship I did it to Yuya Wakamatsu and ended up getting the finish. The rule is meant to be there to keep the fight progressing and end the fight. If Adriano wasn t able to land that knee, yes I would have still been in that fight so he would have had to do something totally different. I m totally content with what happened. I m not like, That rule should be taken out! That s what the rule is, Adriano used it to his advantage and I was on the other end of the stick.

Johnson is best remembered for his incredible run as UFC champion, which began in 2012 and lasted until 2018. That run saw DJ scoop the record for most consecutive title defences in UFC history 11 .

He lost the title to Henry Cejudo, by split decision, at UFC 227. He then left the Octagon for ONE championship.

In ONE Johnson won his first three bouts on route to winning the 2019 ONE Championship Flyweight Grand Prix.

As for what s next for Johnson, he s not sure, but he likes having plenty of options in his new promotional home.

At the end of the day, one of the reasons that I came to ONE Championship is that I have options, Johnson said. If I want to do a kickboxing match, I can do that. Obviously yes, I can go back into mixed martial arts and work my way back up to a title shot, but I m just gonna go home and just chill and relax and figure out what I want to do next. Would you like to try your hand at kickboxing? Maybe I try kickboxing and I go out there and get the bricks blown off me but at the end of the day, it s about trying and exploring. You get one career. You get one career and I want to make the best of it and to be able to say I ve done a professional kickboxing under ONE Championship would be dope. So I m gonna go home, relax, let my body heal, and go from there.