Chikadze says Holloway needs to fight me for a title shot 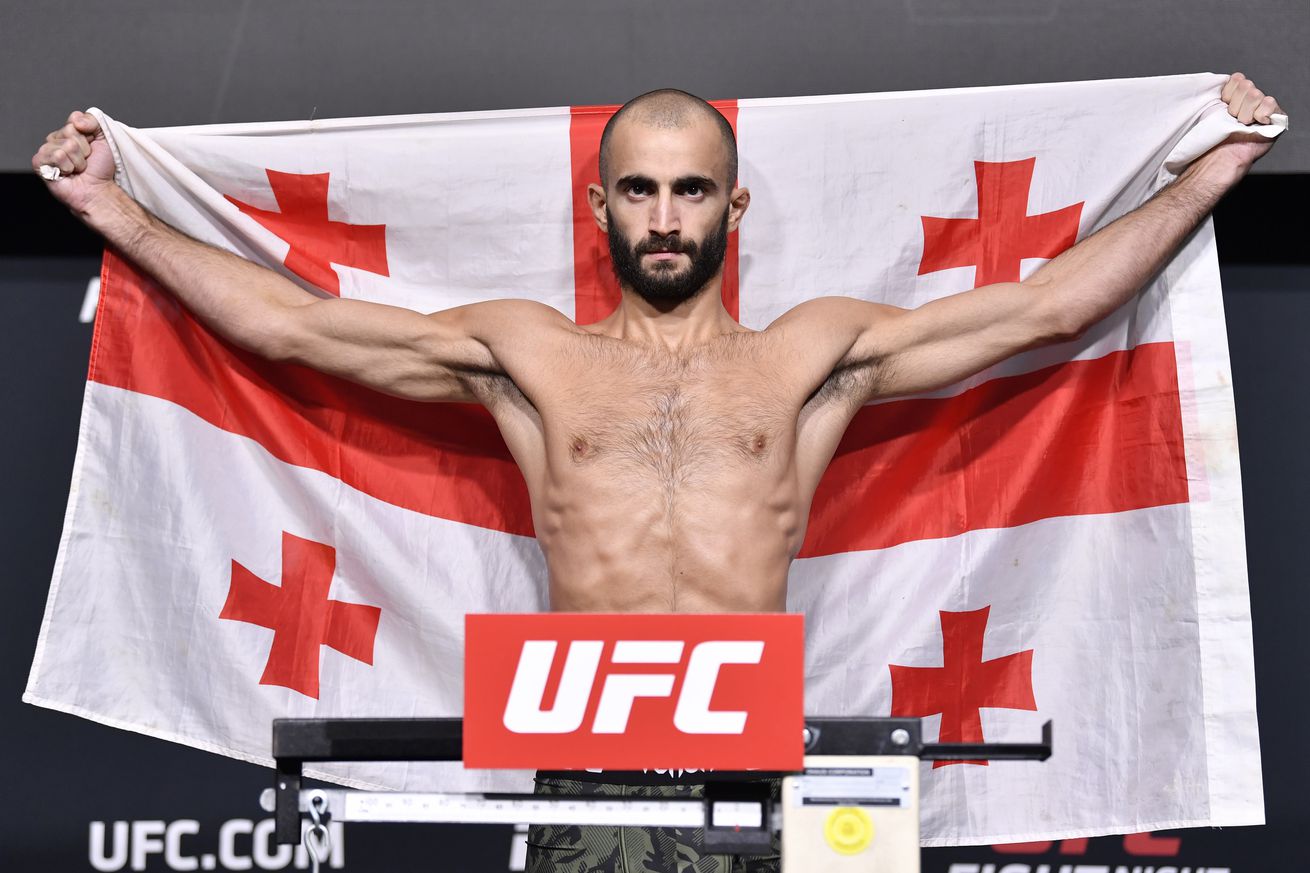 Get the Full StoryGiga Chikadze during weigh-ins for UFC Vegas 35. Photo by Chris Unger Zuffa LLC

The featherweight contender is serious about fighting the former champion. Giga Chikadze believes he is primed for a championship opportunity in the featherweight division soon, so he wants a fight that will get him one.

Chikadze earned an impressive win over Edson Barboza this past August and extended his win streak to seven, with three of those coming by way of technical knockout. The 33-year-old expressed interest in two very high-profile fights for his next appearance in the Octagon but has since zeroed in on just one. Chikadze spoke to Submission Radio recently and said that a fight against Max Holloway would be ideal, especially if Blessed wants to fight for the championship again.

Holloway has a fight with Yair Rodriguez scheduled for an upcoming event in November, and it is considered to be a No. 1 contender fight. The winner could meet either Alexander Volkanovski or Brian Ortega depending on the outcome of their fight at UFC 266 this Saturday. If Holloway defeats Rodriguez and Volkanovski defends the title against Ortega, then Holloway vs. Volkanovski 3 is a strong possibility. Chikadze hopes to subvert that potential trilogy by fighting Holloway first.

Max and Yair were scheduled before, right? And Max pulled out because of injury and Yair didn t fight me, said Chikadze. He was asked to fight me. I believe Max needs to fight me to go to title shot next time. No one really wants to see Max and Alex again and again and again. I m the new dog in the division, and I ll be proving with my kicks and punches that I m the real deal. I don t talk without no reason. I m not a dreamer. When I say I m going to knock people out, I knock people out. So, I believe I deserve this fight since Max was already scheduled before to fight Yair before this fight. Now it s time for me to get a big fight like Max. I m ready to do it.

Chikadze then sent a message to Holloway, who had acknowledged the Georgian fighter once before as the Giga guy .

I know he s a champion, and for me he s a people s champ, said Chikadze. I think he won his last fight, so that s the fight to happen. I have a seven-fight win streak, I m a very busy guy with the fights. I always take short-notice, long-notice, whatever notice and take the fight. He needs to fight me. There s a fight to happen. People want to see this fight.

Ben Verlander names his World Series MVP so far and dark horse candidates Flippin' Bats
"This is what baseball is all about" Brett Phillips speaks on his experience at the World Series I Flippin' Bats
Ben Verlander speaks with Jose Altuve on the importance of the Astros' early momentum swing in Game 2
Ben Verlander breaks down Jos Urquidy's career night, Astros' pitching options, and more
'The Braves will go as Fried goes' - David Ortiz and 'MLB on Fox' crew discuss Max Fried's postseason struggles