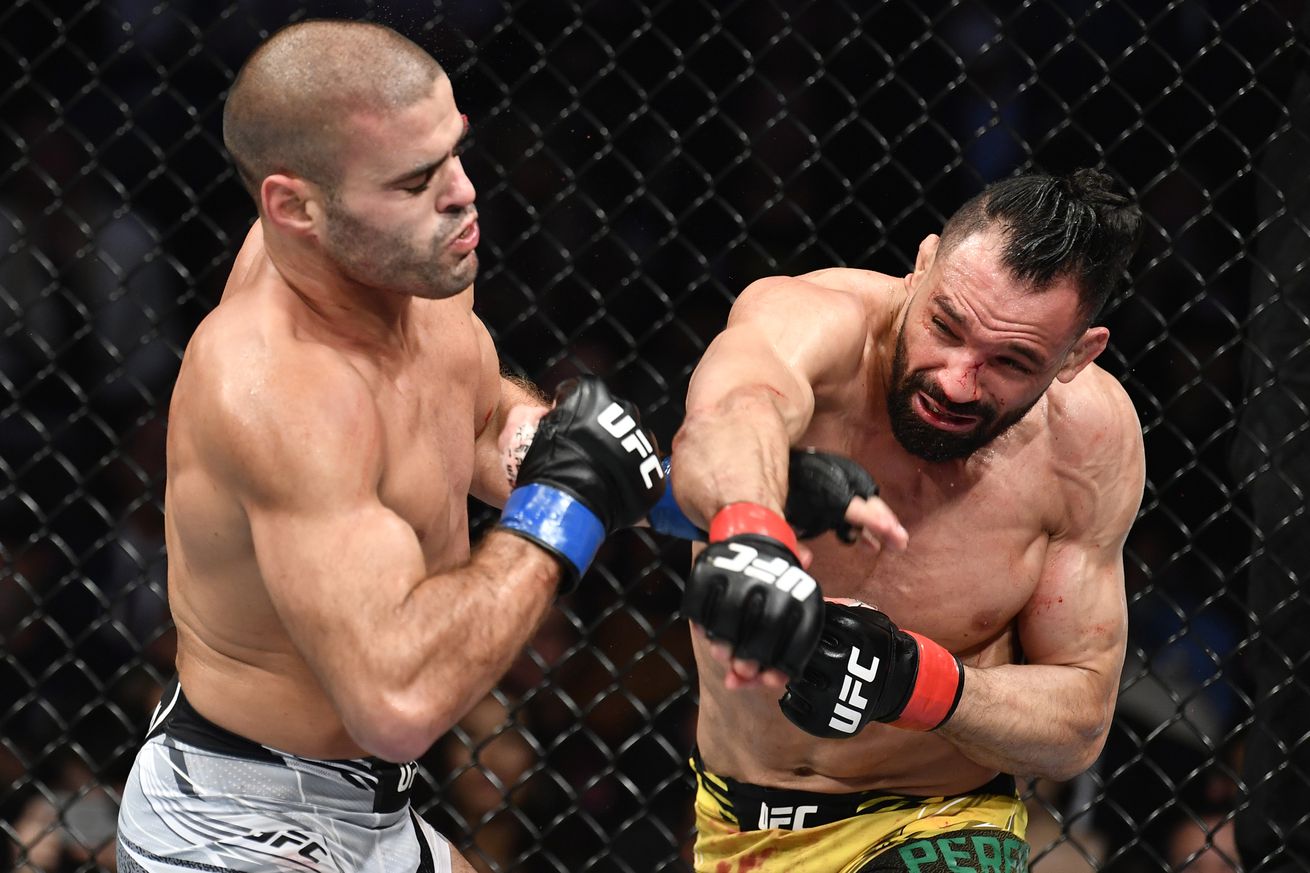 Michel Pereira had a bit of a rough start against Andre Fialho, but made the necessary adjustments to come away with the decision win on the UFC 270 PPV main card. The UFC 270 PPV man card is moving right along, and we just got a scrappy war in the welterweight division when Michel Pereira took a unanimous decision over a debuting Andre Fialho. Michel had an uncomfortable opening round, getting pressured by Fialho with some stiff jabs. The following rounds saw Pereira use his front kick to the body, and some jab-crosses, to address his advancing opponent and secure the win. In what started as a bit of a spectacle, Pereira has now pieced together four solid wins in a row.

The match began with Pereira using his jabbing front kick to keep the pressuring Fialho off of him. It didn t last for very long, though, as Fialho landed a stiff jab that knocked Pereira off balance. Pereira was connecting with jab-cross combos, but Fialho remained composed and threw his combos that seemed much more powerful. The nose of Pereira started to bleed, which might have been disrupting his breathing.

Pereira stung Fialho right away in the second round, and followed up with some crazy jump knees. He then delivered a hellacious front kick to the gut that pushed Fialho back, and then proceeded to keep Fialho going backwards. Pereira started attacking with some piercing knees to the body from the Thai clinch, and then broke away into open space to reset. The rest of the round saw Pereira pick apart Fialho, and even score a takedown at the end of the round. Fialho went to the corner with a gruesome cut on his left eyebrow.

Pereira stayed true to his body kick in the final frame, and even started throwing the leg of Fialho. The pressure was still there for Fialho, but he was getting sniped on his way in. When Fialho did close thew distance, he pressed Pereira against the cage, but couldn t keep Pereira there. Pereira went back to fighting off the pressure with jabs, crosses, and body kicks. With just under 30-seconds remaining, Fialho ate an illegal blow to the cup, resulting in a pause. Upon the restart, they brawled it out with Pereira clearly getting the better of the exchanges.