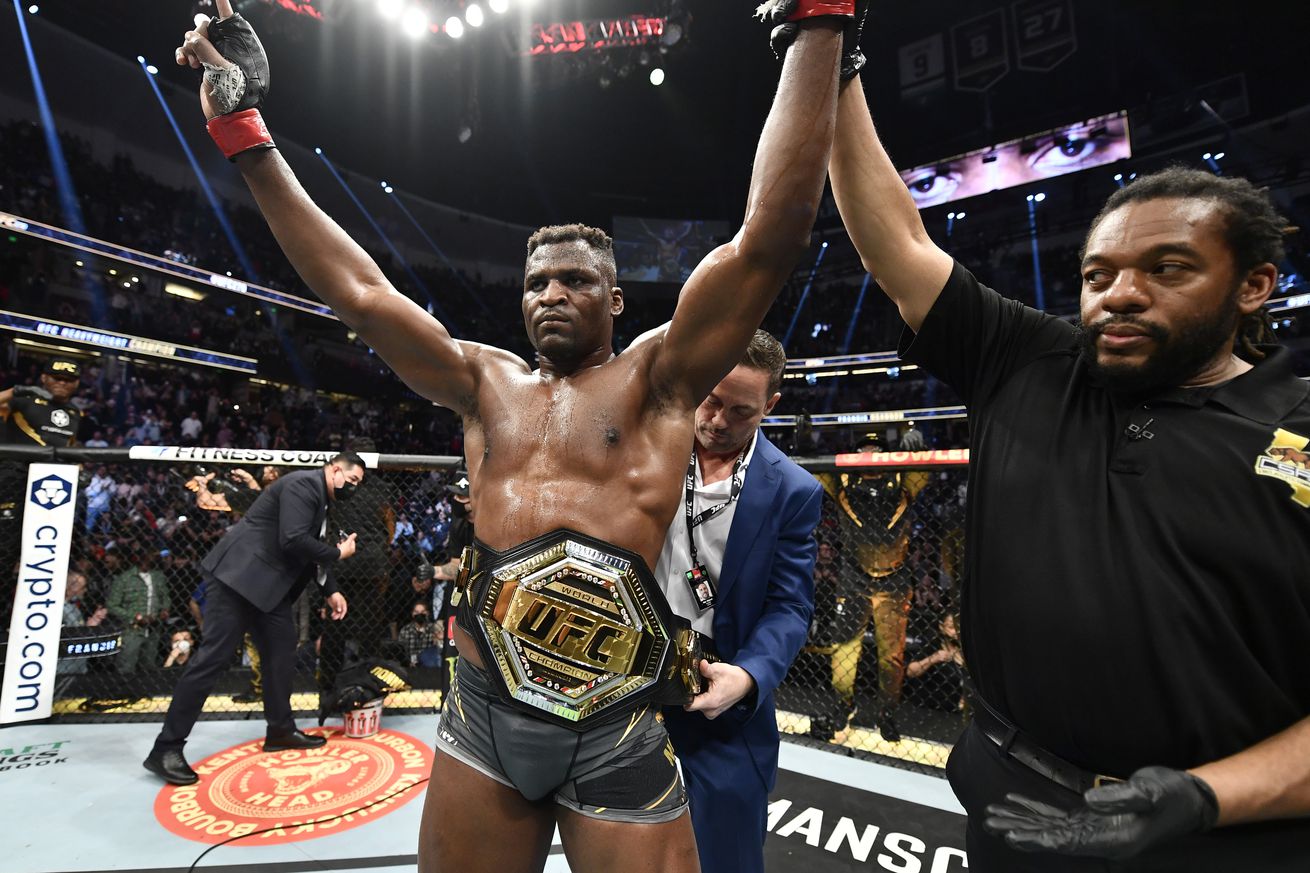 Get the Full StoryFrancis Ngannou used his wrestling to win a decision over Ciryl Gane, and remain the undisputed heavyweight champion in the UFC 270 PPV main event Photo by Chris Unger Zuffa LLC

Francis Ngannou just used his wrestling to win a decision over Ciryl Gane and remain the undisputed heavyweight champion of the world in the UFC 270 PPV main event. We have an undisputed heavyweight champion of the world thanks to the UFC 270 main event that saw the true king, Francis Ngannou, use his takedowns and top control in the later rounds to win a unanimous decision over the interim champion, Ciryl Gane. Who saw this sort of style coming from the man who has been brutalizing his adversaries with ferocious haymakers? This makes six wins in a row for the baddest man on the planet, who has also now successfully defended his crown. Stay tuned to see who will be next to challenge Ngannou, who just showcased a new wrestling wrinkle in his game. As if he wasn t scary enough before.

Ngannou pressured first, but Gane threatened with a takedown before clinching up. When they broke apart, Gane was looking to jab and move, while Ngannou stalked forward. They clinched back up against the fence, with Gane pressing Ngannou against it. It wasn t the most ferocious pace ever, but the big men stayed busy.

The second act witnessed Gane stay on the outside, avoiding the power of Ngannou, but still scoring with his own strikes. He was launching and landing a variety of kicks, and to all levels of the body. When Ngannou exploded, Gane just wasn t there to be hit.

Ngannou caught a kick in the third round and scored a lifting takedown and right into side control. Gane worked to improve his position, and found a way back to his feet. Ngannou tossed Gane again, but the fight immediately returned to its feet. After some solo strikes on both sides, Ngannou blasted another takedown to end the round on top.

Gane continued to play the outside to open the fourth frame, pawing with variety and moving away. Ngannou found a way to close the distance and earned a bodylock takedown. When Gane did stand up, Ngannou hit a leg trip to get back on top. Gane couldn t get Francis off of him, and was stuck in the champion s grind.

Gane began the final stanza with a big overhand right, but missed by a mile. He then switched gears and snagged a takedown of his own, but dropped back for a leg lock. Francis escaped the hold and made his way on top, controlling Gane until the bell.