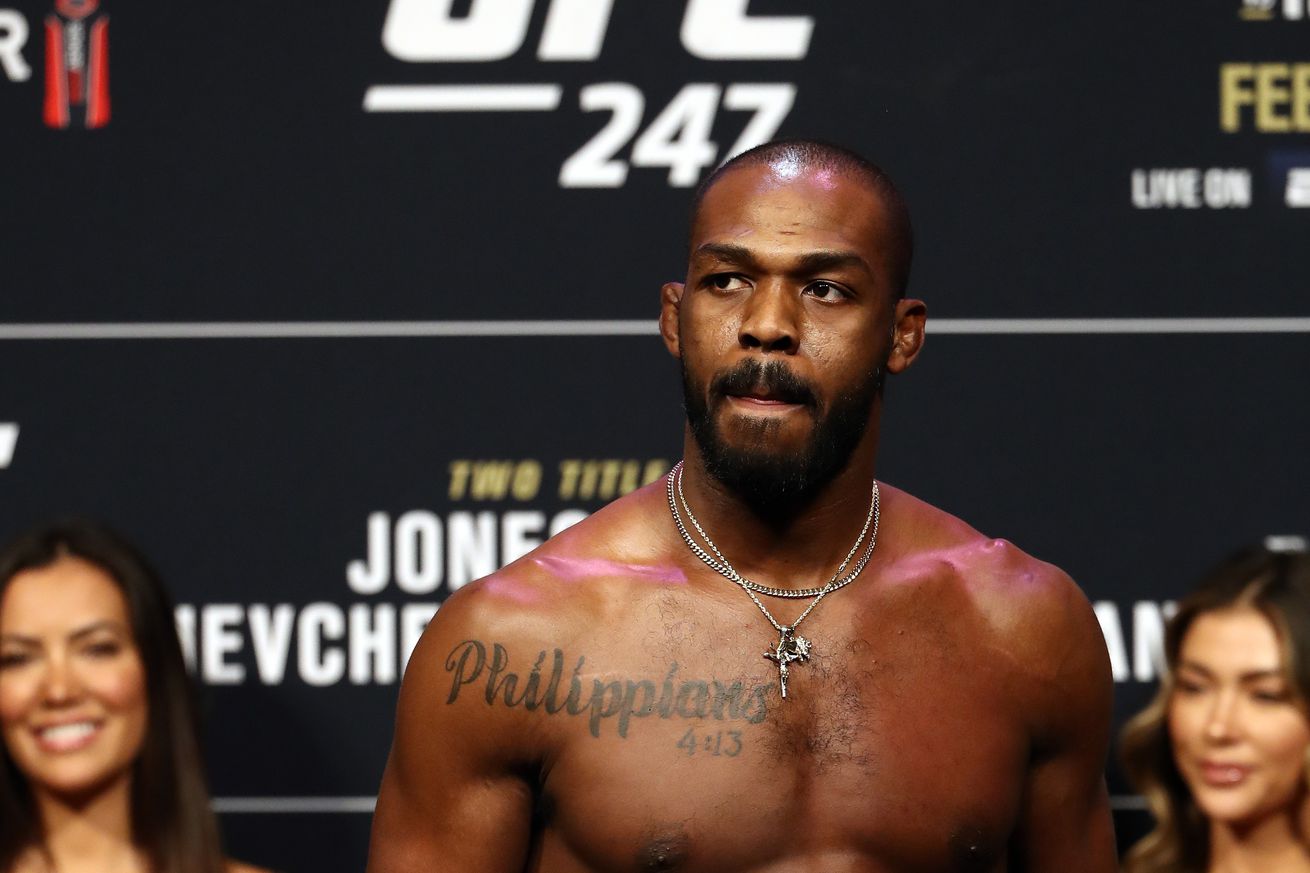 Get the Full StoryJon Jones at the UFC 247 ceremonial weigh-ins in 2020. Photo by Ronald Martinez Getty Images

If this is the apex of heavyweight fighting, I m excited about it. Former longtime UFC champion Jon Jones hasn t seen action for nearly two years now. Bones relinquished the light heavyweight title in 2020 and decided to finally turn his heavyweight aspirations into a reality.

These days, the most activity Jones is having is on social media. The 34-year-old was apparently tuned in on Saturday s UFC 270 heavyweight title headliner between Francis Ngannou and Ciryl Gane, and he had this to say.

If this is the Apex of heavyweight fighting, I m excited about it. Got some more records to break BONY JonnyBones January 23, 2022

I love how everyone gets so impressed with the new guy lol BONY JonnyBones January 23, 2022

As the fight went on, he seemed to have changed his tune.

If you ask the other major players involved, Jones isn t seen as the next best option. UFC president Dana White, for one, says he has no confidence in declaring that Jones will indeed be the next heavyweight title contender.

I don t feel confident saying that Jon Jones is next. And not because I think he s unreliable, it s because I honestly don t know what Jon Jones wants to do next, White told Brett Okamoto during a fight week interview.

I think Jon s gonna watch this fight and he ll decide maybe he doesn t fight at heavyweight. Maybe he goes back and tries to regain the light heavyweight championship. I honestly don t know the answer to that question.

Ngannou, who successfully defended his title for the first time via decision, says a potential fight with Jones is already behind him.

No, I m done with that fight, Ngannou said during the pre-fight presser. I ve been waiting for that fight for so long. After Stipe, it was supposed to be Jon Jones, and that never happened. I don t know why. So I moved on.

Jones expects his heavyweight debut to happen sometime in the second quarter of 2022. He also claimed to have been guaranteed a PPV-based pay increase by the UFC for his next fights.