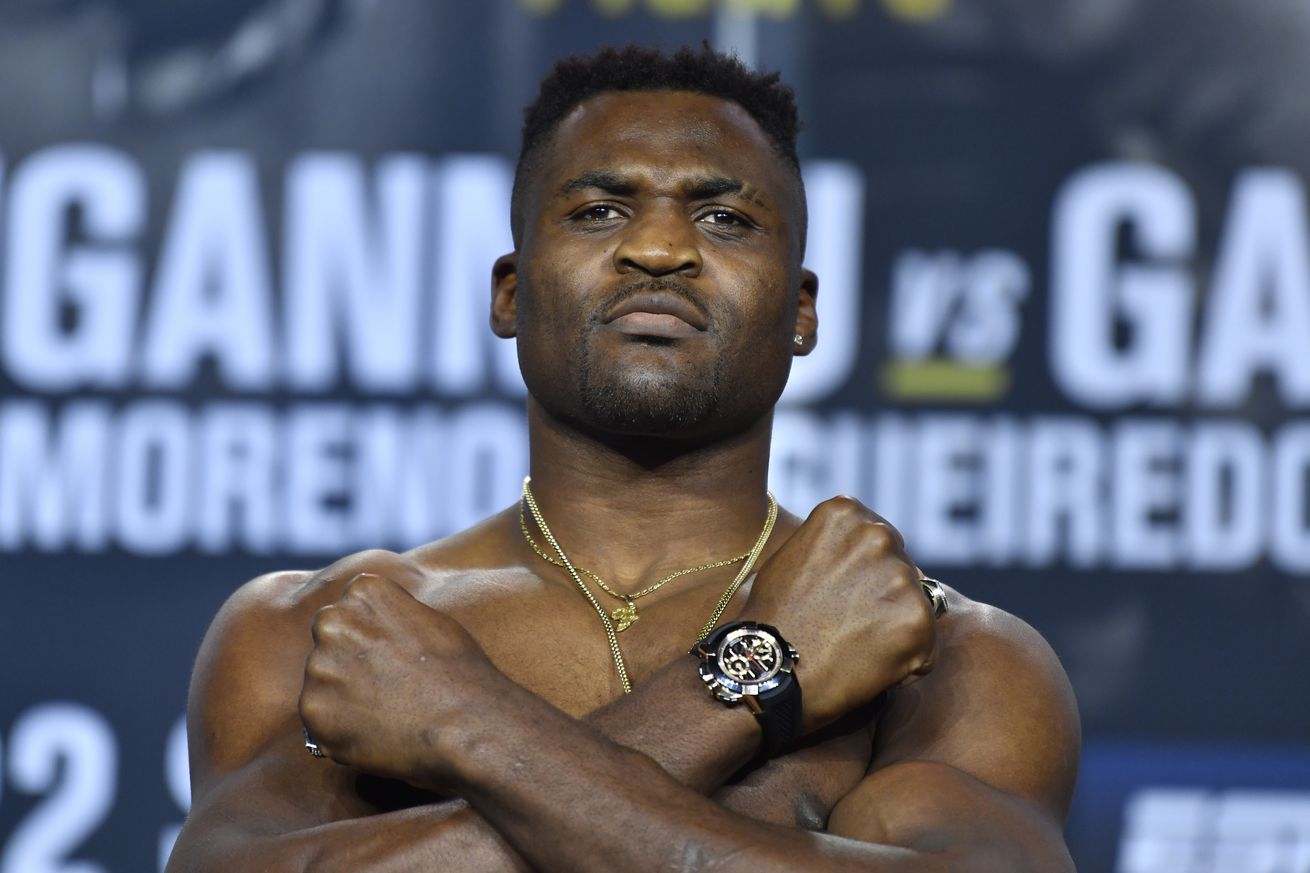 Get the Full StoryHeavyweight champion Francis Ngannou poses on the scale during the UFC 270 ceremonial weigh-ins. Photo by Chris Unger Zuffa LLC

As The Predator revealed to Joe Rogan during the Octagon interview, he nearly pulled out of the fight because of a completely torn MCL.

It s been an incredible journey. It s been a very tough training camp, very tough ten months. A lot of shit. Three weeks ago, I hurt my knee, tore my MCL completely. Hurt my ACL and all those stuff, he said.

Wanted to call off this fight, but couldn t see myself retreating from this fight. Because it was a moment for me to make a statement and to remind people that I m the champ. You guys may sleep on me, forget about me. I put in work every day.

Ngannou says up until fight week, he was struggling to get clearance from a doctor.

The fight was, like, one inch to being canceled because when we did the MRI and the report came out, it was scary. It wasn t good, Ngannou told UFC correspondent Laura Sanko backstage.

I remember UFC doctor Jeff Davidson reading the report to me, it was scary. He was like telling me how my MCL is torn grade three, my MPFL is torn, my ACL is damaged. Basically, the only thing that I had left on my leg was my PCL and my LCL.

But we did a lot of work at the UFC PI, they helped me a lot with the rehab. Did a lot of stem cell, did everything that we can, and obviously, rely on the muscles on my quadricep. And until Tuesday, I went here to see a doctor who can clear me, and I wasn t very positive about it. But I m doing this.

Ngannou utilized his wrestling and grappling to come out victorious via unanimous decision to successfully defend his title for the first time. He now improves to a record of 17-3.