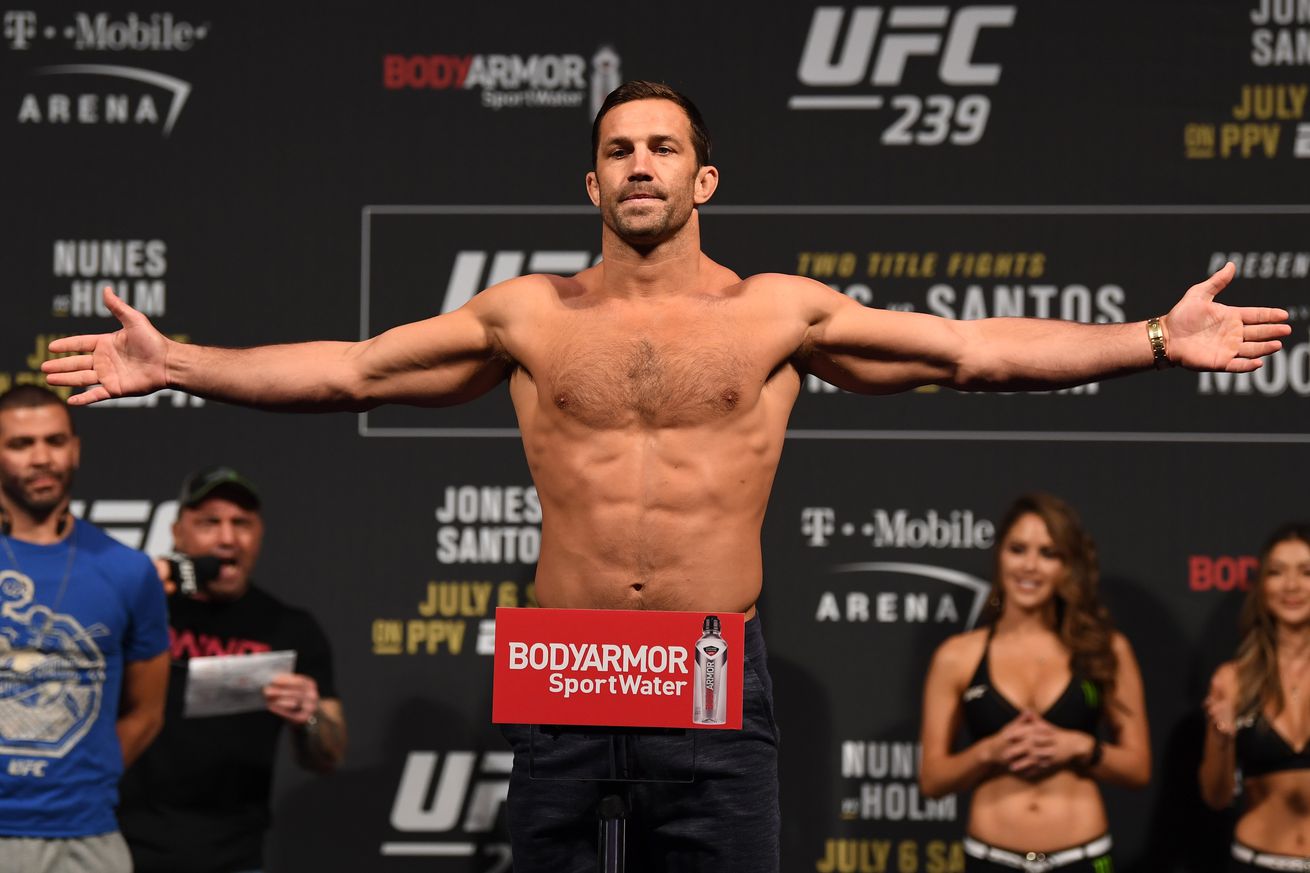 Get the Full StoryLuke Rockhold at weigh-ins for UFC 239. Photo by Josh Hedges Zuffa LLC Zuffa LLC via Getty Images

Rockhold wants to ensure he fights Costa this summer, even if it means giving him a five-pound allowance. Luke Rockhold is prepared to give Paulo Costa a safety net for their upcoming fight.

Rockhold is all set to return to the Octagon for the first time in over three years for a fight with Costa, but the Brazilian has struggled hard on the scales recently. Borrachinha showed up against Marvin Vettori at UFC Vegas 41 heavier than usual, which shifted the contested weight from 185 pounds to 205 pounds. Though originally told by UFC president Dana White that he must move up to light heavyweight, Costa was given one more opportunity to compete at middleweight and agreed to fight Rockhold.

The former UFC middleweight champion spoke to Brett Okamoto of ESPN and said he was waiting for Costa to sign the contract, but a minor disagreement on how much of his purse he would give up should he miss weight again happened.

He didn t want to agree to the penalties of missing weight, but he wanted to fight at 85 and a bunch of different things, said Rockhold. As people do have their concerns with me, of course with injuries and things like that coming into a fight and agreeing to a fight. But coming into a fight, I want to know that a guy is going to make weight. I ve had that before with Yoel Romero and people miss weight to get advantages. I think certain people do that because they re mentally beaten, so they want to get an advantage some other way.

The disagreement was resolved, and the fight is official for UFC 277 this summer. Rockhold wants to ensure it happens and would prefer to avoid any weigh-in antics from Costa, so he has offered him a five-pound allowance if he misses.

Now healthy after being plagued by numerous injuries, Rockhold feels reinvigorated. The 37-year-old is ready to return and reintroduce himself to the division he once reigned over.

I want to show that I can fight at 185 pounds and be a challenger for the belt, said Rockhold. That s the only reason I m here. That s the only reason I m coming back is because I want to fight Israel Adesanya , because I want to fight for the championship. I want to f king make a run at this thing and I know I can. I ve pushed my body, I ve tested my body, I got it. I still f king got it and it s just having that presentness and that hunger and not getting distracted and having the weight of everything else that I ve carried over that career.

Rockhold is on a two-fight losing streak, having suffered consecutive knockout losses to Yoel Romero and Jan Blachowicz in his past two appearances.