King of Collaboration - Khabib, Coker to meet about Fedor vs JDS 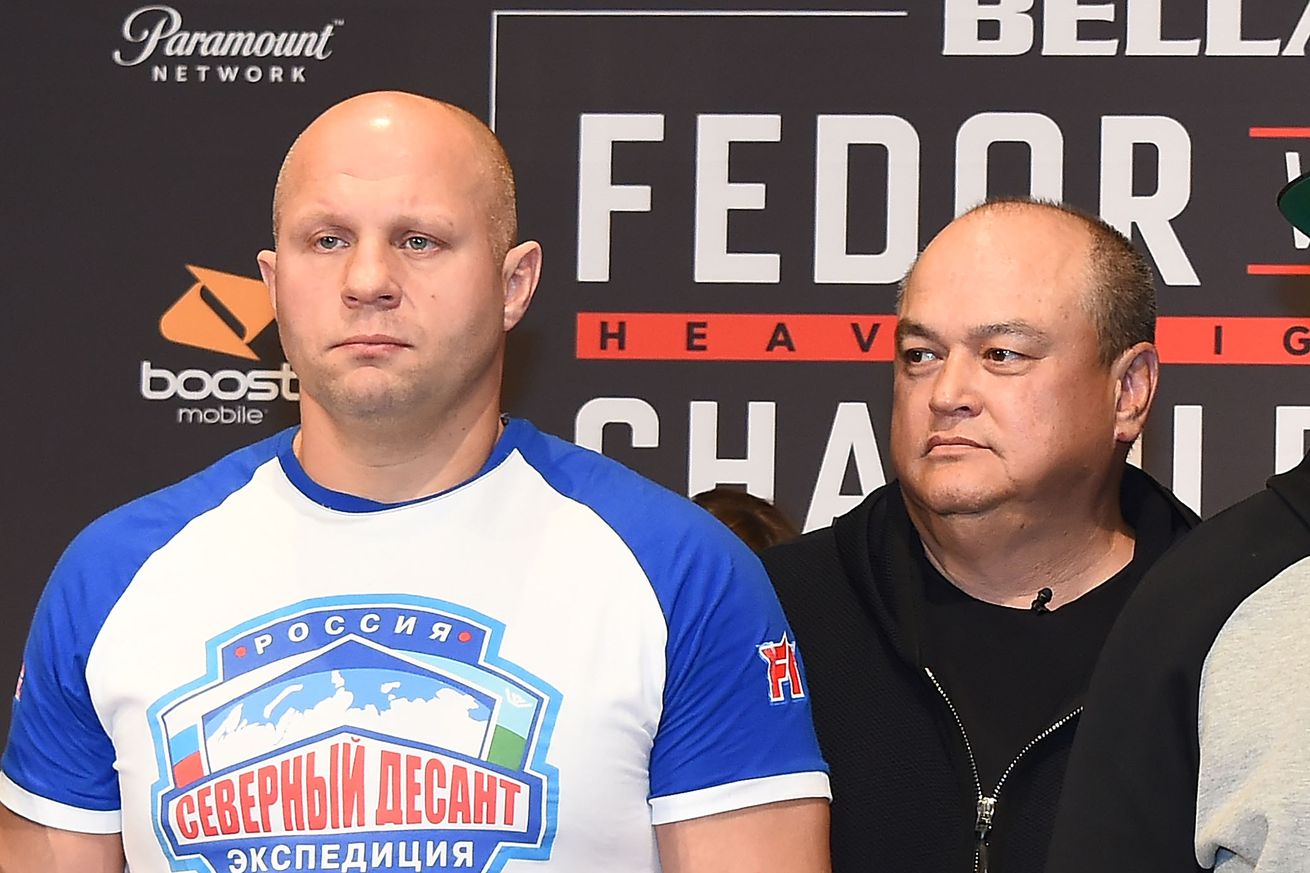 Get the Full StoryPhoto by Jun Sato WireImage

Bellator and Eagle FC co-promotion? Junior dos Santos vs Fedor Emelianenko? There ll be a few hurdles to get that done, but there seems to be at least some interest from multiple parties involved.

Ahead of Eagle FC 47, UFC champ turned promoter Khabib Nurmagomedov expressed his desire to work with Bellator and book that UFC champ vs PRIDE champ match up.

If Dos Santos wins, I really want to make Dos Santos vs Fedor fight, Nurmagomedov said at his pre-fight press conference. He has to stay focused, but I want to talk to my friend Scott Coker because Fedor is under Bellator contract. I don t know what they re going to do next with him but definitely we can talk and we can create some good stories.

Why not? Because these two guys was long time the face of MMA. Fedor is the greatest fighter of all time, in my opinion, and Dos Santos was champion for a couple of years in UFC, he said. These two guys they deserve and the fans deserve and for me it s a very interesting matchup, too.

Dos Santos, who would likely have to get past fellow UFC vet Yorgan De Castro this weekend first, also says he likes this potential match up with Fedor.

I m a big, big, big fan of Fedor and I really believe, like Khabib said, he s the greatest. That was a magical time in the MMA world. And when he was fighting, he did those amazing fights with Big Nog. I wasn t even fighting at that time but I was a big fan of them. So for me, because I trained with Big Nog as well, it was always a dream.

The biggest thing that I would like to achieve in my MMA career is to fight Fedor. So to hear that maybe possible now, it s just amazing.

Bellator President Scott Coker has since revealed that he had a phone call with Khabib after this press conference.

Thanks for the call TeamKhabib, looking forward to sitting down next week, dinner s on you. #kingofcollaboration https: t.co e1ZtYgd1hC Scott Coker ScottCoker May 18, 2022

That King of Collaboration tag fits, as Coker has long been known for successfully co-promoting with various organizations even from his time in Strikeforce. This was also the case with one of Fedor s more recent bouts, where Bellator worked with Rizin in 2019 to bring back the former PRIDE legend for a fight in Japan.

Emelianenko, who is now 45-years-old, has won four of his last five Bellator bouts. He knocked out both Timothy Johnson and Rampage Jackson in his last two bouts.

Dos Santos on the other hand, is 38, and will be competing this Friday for the first time since leaving the UFC in 2020. He is coming off four rough losses to champions and top contenders in Francis Ngannou, Ciryl Gane, Curtis Blaydes and Jairzinho Rozenstruik.