Leave me alone Khabib not interested in fighting Oliveira 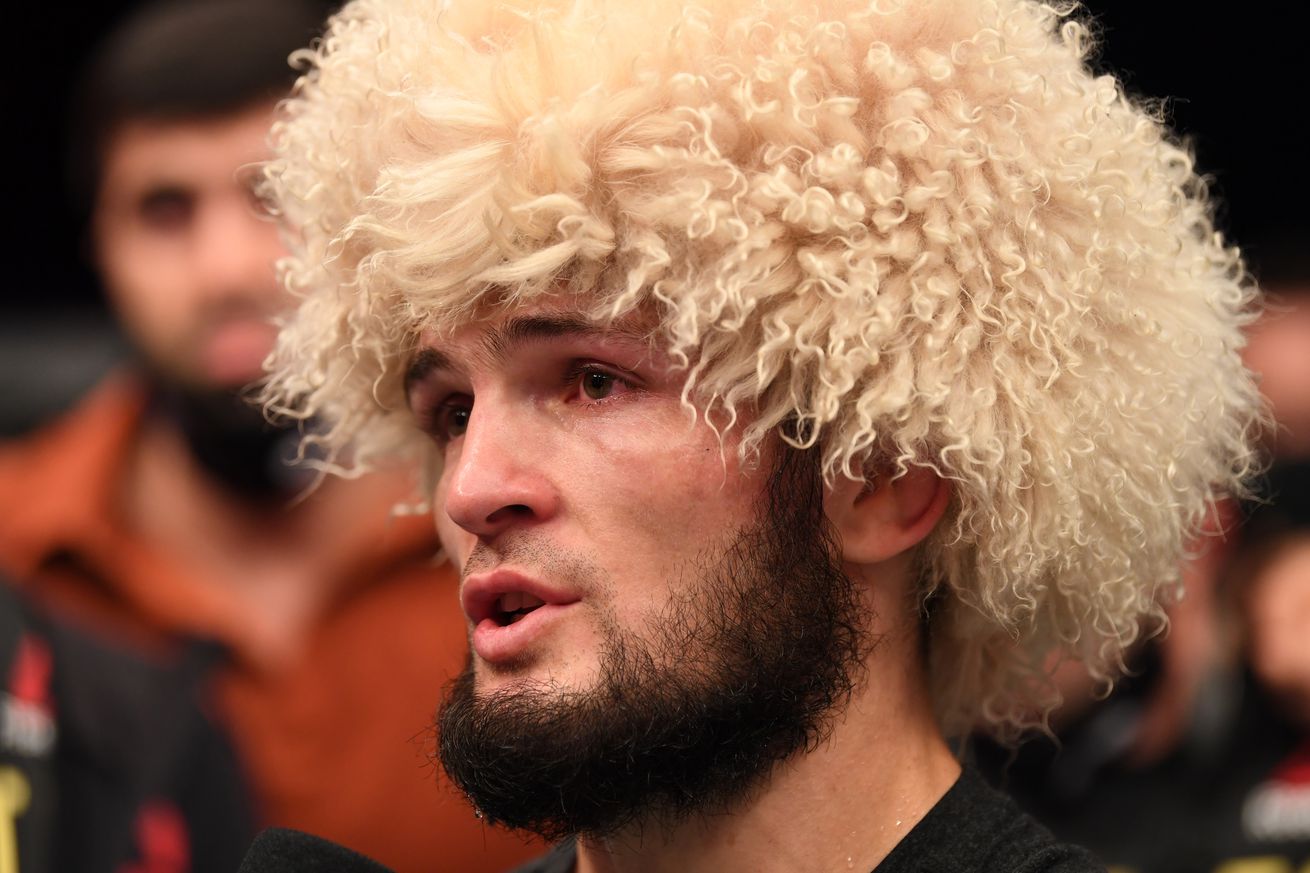 Get the Full StoryKhabib Nurmagomedov retires in the Octagon following his submission victory over Justin Gaethje at UFC 254. Photo by Josh Hedges Zuffa LLC via Getty Images

Maybe, but that isn t a topic Khabib is interested in right now nor is he interested in coming out of retirement to settle the dispute.

Even if Oliveira goes on to beat Islam Makhachev, who trains under Nurmagomedov in Dagestan, The Eagle still wouldn t want to fight Do Bronx .

So just leave him alone.

If Charles wins, Islam will have to give him credit. Then he s gonna be undisputed UFC lightweight champion, Khabib told ESPN s Brett Okamoto during a recent interview h t BJPenn.com . Right now, I believe he s champion, I believe. People talk about half pound missing weight , he deserves it. Right now in this moment, he deserves to be champion. He s doing a very good job, but he s not undisputed. When I finished, I was undisputed. I was undisputed. I fight with Conor, interim champ Dustin Poirier, interim champ Justin Gaethje, who just beat primetime Tony Ferguson. These guys were in a different time in a different prime, not like now when they fight Charles Oliveira. It was like one and a half, two years ago. That time when I finished, I was undisputed.

Charles is champion, I agree with him. But, he s not undisputed, brother. If he beats Islam of course I m gonna feel bad, but people are gonna talk about oh Khabib can come back, please, leave me alone. Let these guys fight! This is different time.

As for the Oliveira-Makhachev matchup, however, Khabib believes Makhachev will outclass Oliveira on the ground and ride the Brazilian like his horse .

We re gonna come to Brazil, Islam gonna ride Charles Oliveira like his horse. We gonna take this belt, we gonna show them if Sambo was easy, it would be called Jiu-Jitsu. And we gonna go home with UFC lightweight belt.

Oliveira isn t one for trash talk, so it will be interesting to see how the uncrowned champ responds to Khabib s latest comments. He has previously stated that he won t fight Makhachev until the Russian defeats a top-five fighter.