Cerrone in awe of McGregor s shoulder strikes: I d never seen anything like that 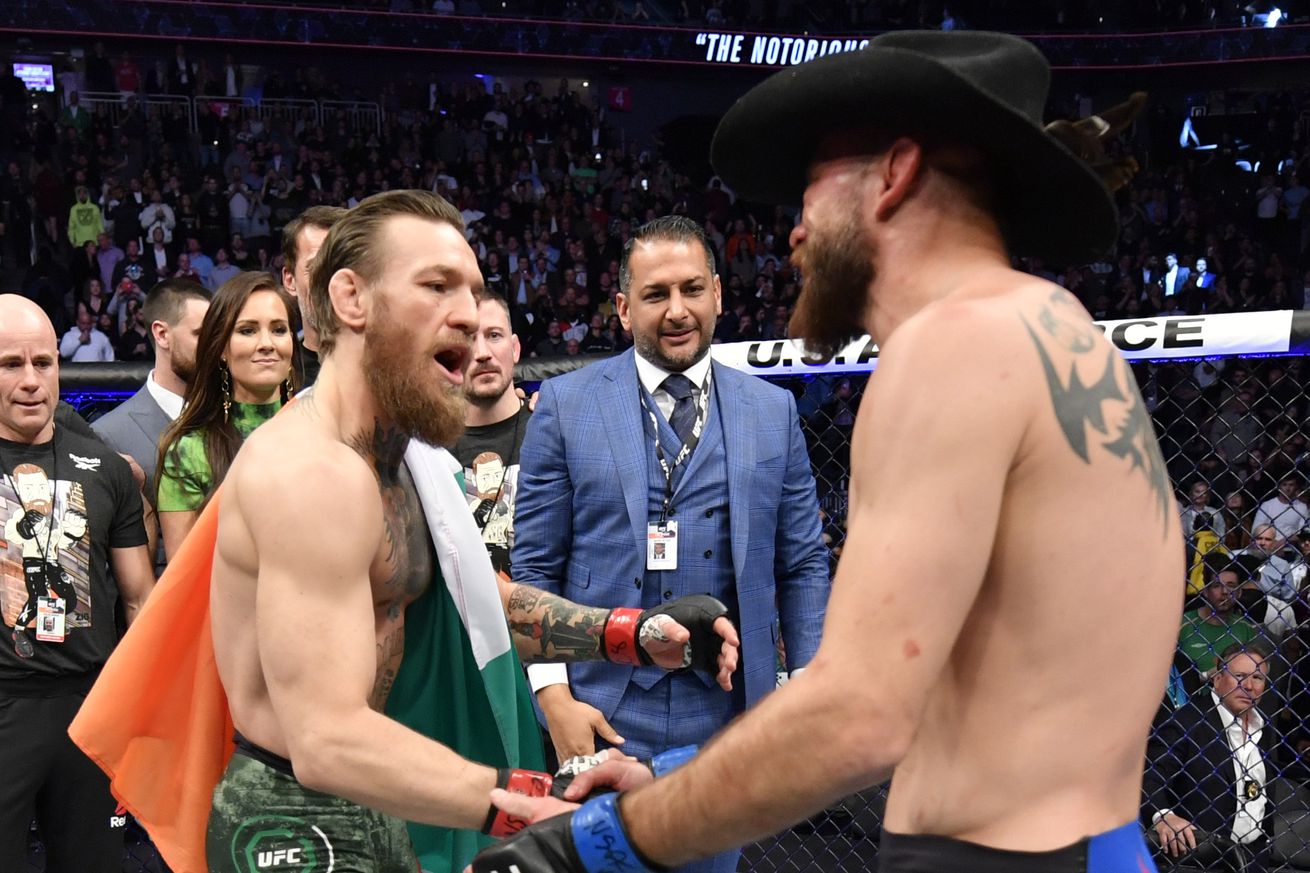 Donald Cerrone was mesmerized by Conor McGregor s unorthodox shoulder strikes at UFC 246. Donald Cerrone has shown nothing but class in defeat, congratulating Conor McGregor on his victory and crediting the Irishman for a near-flawless performance in the UFC 246 main event last night at T-Mobile Arena in Las Vegas.

As a UFC veteran of over eight years and with a staggering 51 professional MMA fights to his resume, Cowboy has seen just about everything in the Octagon, or at least he thought headed into UFC 246.

Speaking to Joe Rogan in the post-fight interview Cerrone, who was finished with a barrage of strikes just 40 seconds into the opening round, admitted he was awestruck when McGregor caught him with a series of devastating shoulder strikes in the opening exchange in the clinch. One of them appeared to have busted Cerrone s nose.

Oh man, he got me with his elbows right away and distorted the s it out of me and then head-kicked me. What a great game plan he had, man it was awesome, Cerrone said, per MMA Fighting s Alexander K. Lee.

A true pioneer of the game. Nothing but respect for CowboyCerrone! #UFC246 pic.twitter.com mVBUVQT06X UFC ufc January 19, 2020

100 percent, I d never seen anything like that, Cerrone said of the shoulder strikes landed by McGregor. They threw me way off-guard, he busted my nose, it started bleeding, then he stepped back and head-kicked me. I was like, Oh man, this is happening this fast? I got my ass whipped early.

I love this sport, I m a keep fighting. I don t care, it s just what I love, man. I got my family right here, I m okay. Thank you everyone for supporting me over the years, I love it, I don t know what else to say.

UFC 246 marked Cerrone s third-straight KO TKO loss, but the MMA vet has every intention to continue fighting for the foreseeable future.