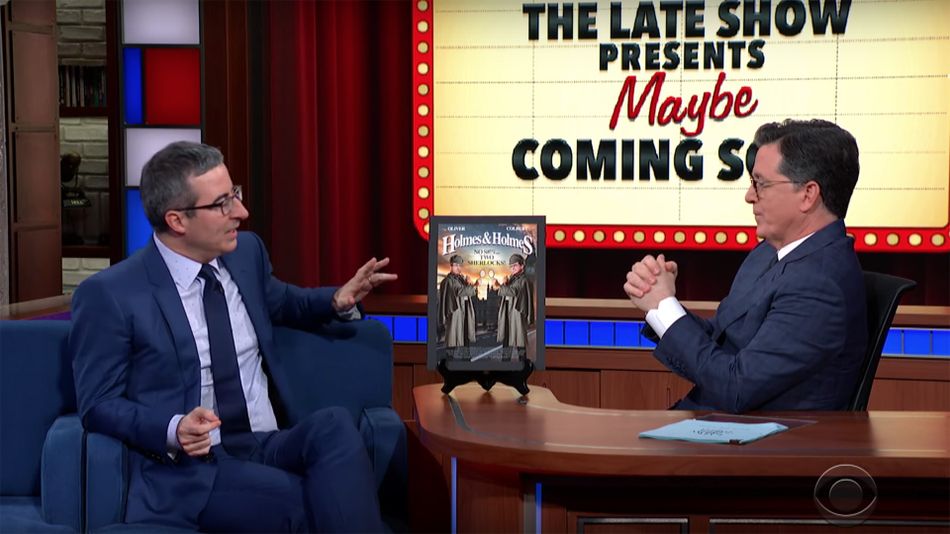 Get the Full StoryDid you know John Oliver and Stephen Colbert starred in a bunch of movies together recently?

Neither did they. But in the segment above for The Late Show, it's their job to talk through the posters for these very much not real cinematic projects that they're only just remembering.

If you're thinking that setup sounds a tad convoluted, you'd be right. But really it's just a good opportunity for the two hosts to show off their impressive improv skills.

If You Love Playing "Would You Rather," This Hot Guys Vs. Fried Food Edition Is For You
30 Things That Juuuuust Might Make Cleaning A Tad More Fun
25 Things That Basically Pay For Themselves The Very First Time You Use Them
35 educational toys and games on sale this weekend
35 amazing deals on headphones and earbuds this weekend