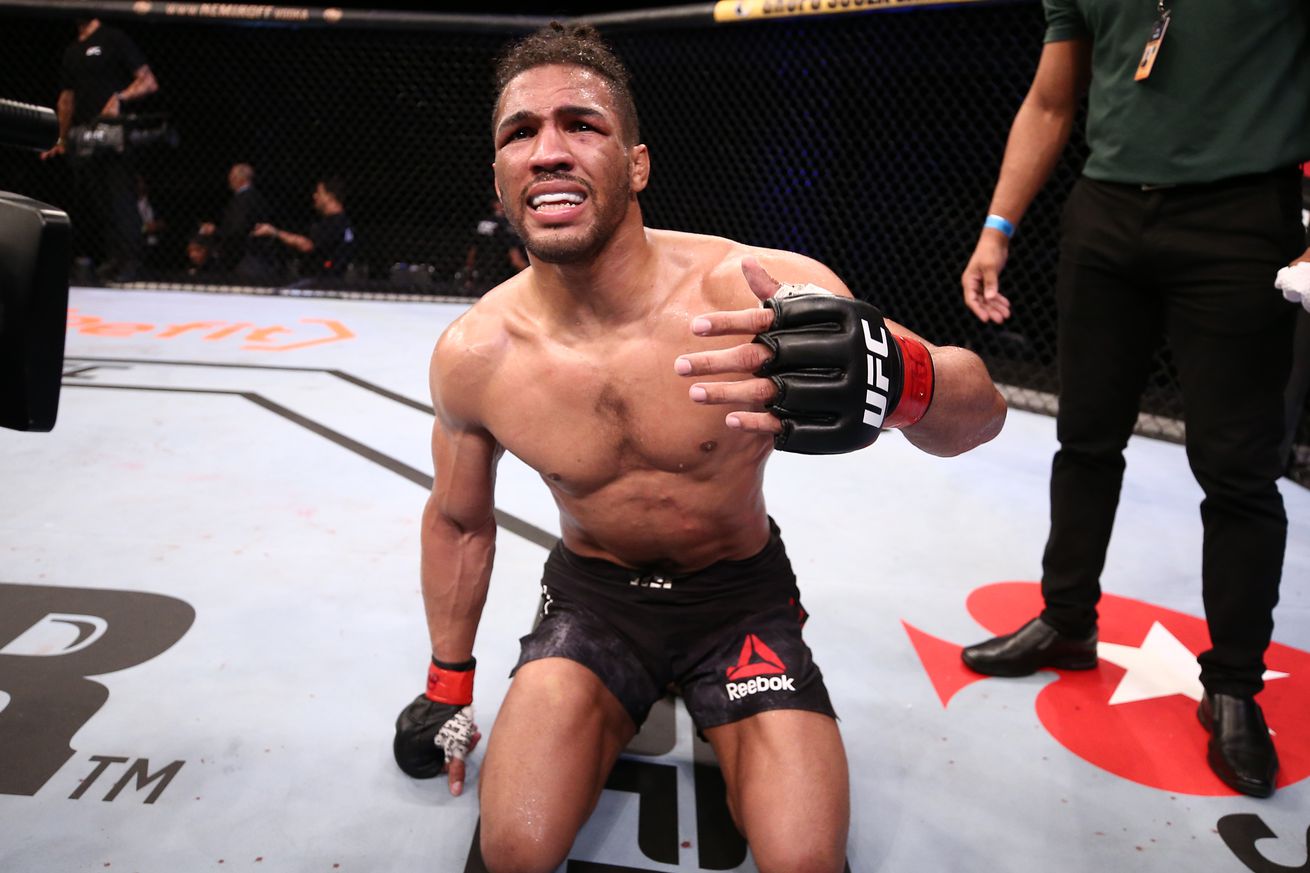 Get the Full StoryPhoto by Buda Mendes Zuffa LLC

Both of Kevin Lee s knees got seriously injured in 2020. Kevin Lee had ACL surgery in May 2020. A couple of months later, and he suffered the same devastating injury on his other knee.

The Motown Phenom says he was trying to rehab and recover from ACL surgery on his left knee, when he tore the right ACL. He took to social media to sum up his emotions about the year he s having.

He ll have a long road to recovery ahead of him as he tries to bounce back from having both knees seriously injured, but Lee is trying to stay optimistic.

I hurt it while trying to recover from this one. But honestly, I m not that discouraged about it, Lee said on video. I guess God wants me to have two strong knees, so when I come back, I m going to f k somebody up.

Lee has been inconsistent since losing his interim lightweight title shot in 2017. He s missed weight twice, jumped up and down divisions, and ultimately lost four of his last six bouts.

The 27-year-old fighter switched camps scored a highlight reel head kick KO over Gregor Gillespie late in 2019, but then got submitted by Charles Oliveira on his most recent bout in March 2020.

Michael Chavis belts two home runs for Red Sox in 10-2 win over Yankees
Philip Rivers on building momentum after first win: 'Hopefully we can get on a roll'
Jerick McKinnon on 49ers overwhelming injuries: 'Series after series, someone was going down'
Jonathan Taylor on being lead rusher and Colts RBs: This running back room is going to step up
Aaron Jones goes for 236 total yards and three touchdowns in Packers' 42-21 romp over Lions