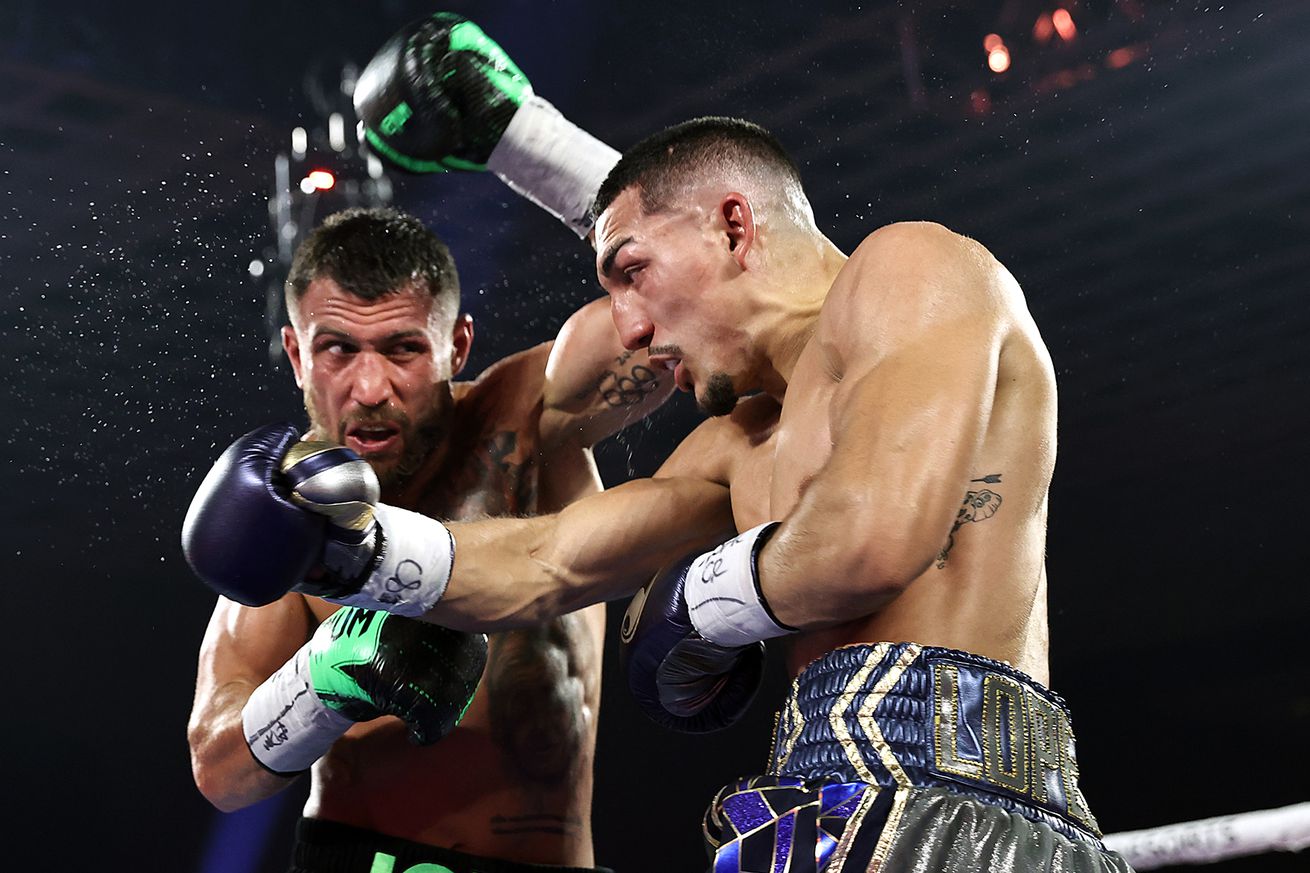 Several figures from the boxing scene took to social media to react to both the big upset, and the one indefensible scorecard.

Again what fighters do inside that ring is gallant and Noble. What the judges do outside it is anything but. Tired of saying it, and sick of seeing it. #LomachenkoLopez #LomaLopez Teddy Atlas TeddyAtlasReal October 18, 2020

Again I have no problem with fight going to Lopez, he earned it, but Loma did not deserve to hear the scores that wide. #LomachenkoLopez #LomaLopez Teddy Atlas TeddyAtlasReal October 18, 2020

Brooklyn was definitely in the house tonight. Lopez is the man to beat. Another Brooklyn champion. #LomaLopez Mike Tyson MikeTyson October 18, 2020

I got my fight against luke Campbell but I would love to fight Lopez, there is still a lot of unanswered questions in this lightweight division Ryan Garcia KingRyanG October 18, 2020

We re not going to do this... say what you want about the SCORES, but the RIGHT man won. It was a good fight. #LomaLopez https: t.co V7uFHoaUZX Jamel Herring JamelHerring October 18, 2020

Lopez was brilliant,I d like to see it again though loma being out for a year at his age especially as his main attributes are supreme distance and timing could ve played a massive part in his inability to start working before 7rds orLopez could ve just have his number Enzo Maccarinelli theRealEnzoMac October 18, 2020

Several UFC and MMA stars also tuned in and gave their reactions on twitter.

So glad I survived the first half of that fight so that I could see the second half of the fight #LomaLopez Tatiana Suarez tatianaufc October 18, 2020

. VasylLomachenko you re still one of the best brotha! I love watching you compete and hope you comeback and show the world The Matrix boxing style again #LomaLopez Aljamain Sterling funkmasterMMA October 18, 2020

Still a Loma fan! But, that kid can freakin box. Those scorecards were everywhere! #LomachenkoLopez Tatiana Suarez tatianaufc October 18, 2020

The boxing world just got shook to its core Eryk Anders erykanders October 18, 2020

I give it to Lopez, but boxing is silly... #LomaLopez Jared Gordon JFlashGordonMMA October 18, 2020

Could someone please get Tim Bradley a snicker. #LomaLopez Max Holloway BlessedMMA October 18, 2020

How much Lopez made tonight? ? GILBERT BURNS DURINHO GilbertDurinho October 18, 2020