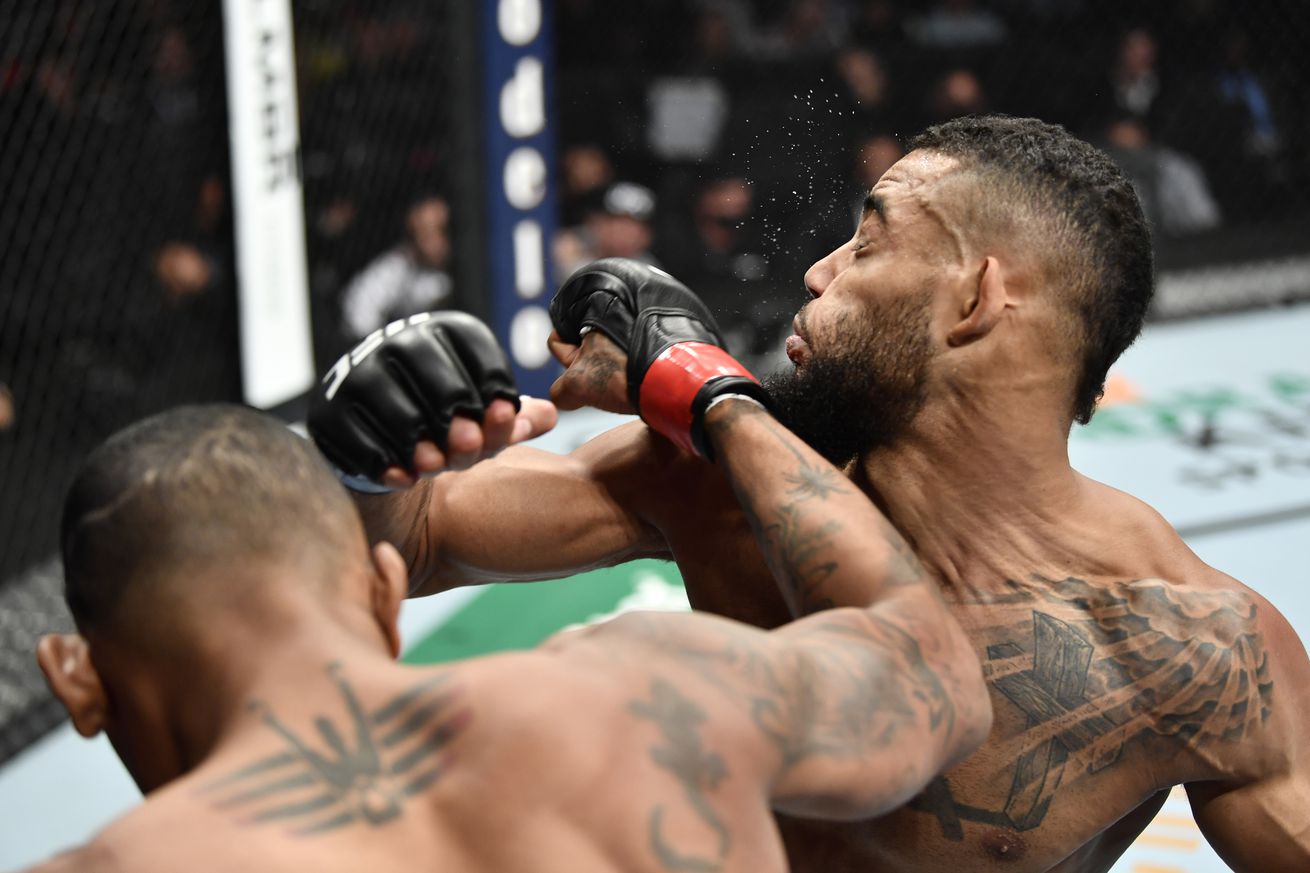 On the UFC 270 PPV main card, Said Nurmagomedov tapped Cody Stamann in 47-seconds, and Michael Morales TKO d Trevin Giles in the first round. The UFC 270 PPV main card is underway, and we already back to back finishes in our first-two fights! Said Nurmagomedov just quickly submitted Cody Stamann with a guillotine in just 47-seconds. After being hit with some flashy strikes on the feet, Cody shot in for a takedown, but Said said no sir and cinched up an extremely tight guillotine. Stamann had to tap. Nurmagomedov is now 4-1 under the UFC banner.

Opening up the PPV main card, 22-year-old welterweight prospect, Michael Morales, won his UFC debut with a first-round TKO of Trevin Giles. The victory did not come without some adversity, though, as Michael was rocked early on by a big right hand from Trevin. The young gun would quickly adapt and find his moment to mount his offense, and boy did he. The crowd seemed to be pretty amped up with his fiery post-fight interview as well. Could Morales be the next big thing at 170-pounds?

Said Nurmagomedov def. Cody Stamann by submission Guillotine at :47 of round 1: Bantamweight

Nurmagomedov opened up with some crisp and flashy strikes to get Stamann s attention. Stamann looked to wrestle, but he left his neck hanging out there and Nurmagomedov snatched it right up in a guillotine. The choke was set and too tight for Stamann to escape, prompting the tap.

Michael Morales def. Trevin Giles by TKO at 4:06 of round 1: Welterweight

Giles opened the contest with a set of unchecked leg kicks. He followed up with huge right hand that rocked Morales, but opted to clinch up from there. Giles got himself a takedown, but lost position going for an arm triangle. Back on the feet, Morales stung an over-extended Giles, and then went on a frenzy. He kept tagging Giles, keeping him on skates and then dropping him with a flurry. Giles covered up from the turtle position, but the barrage of punches was non-stop and the referee had to step in and call it off.