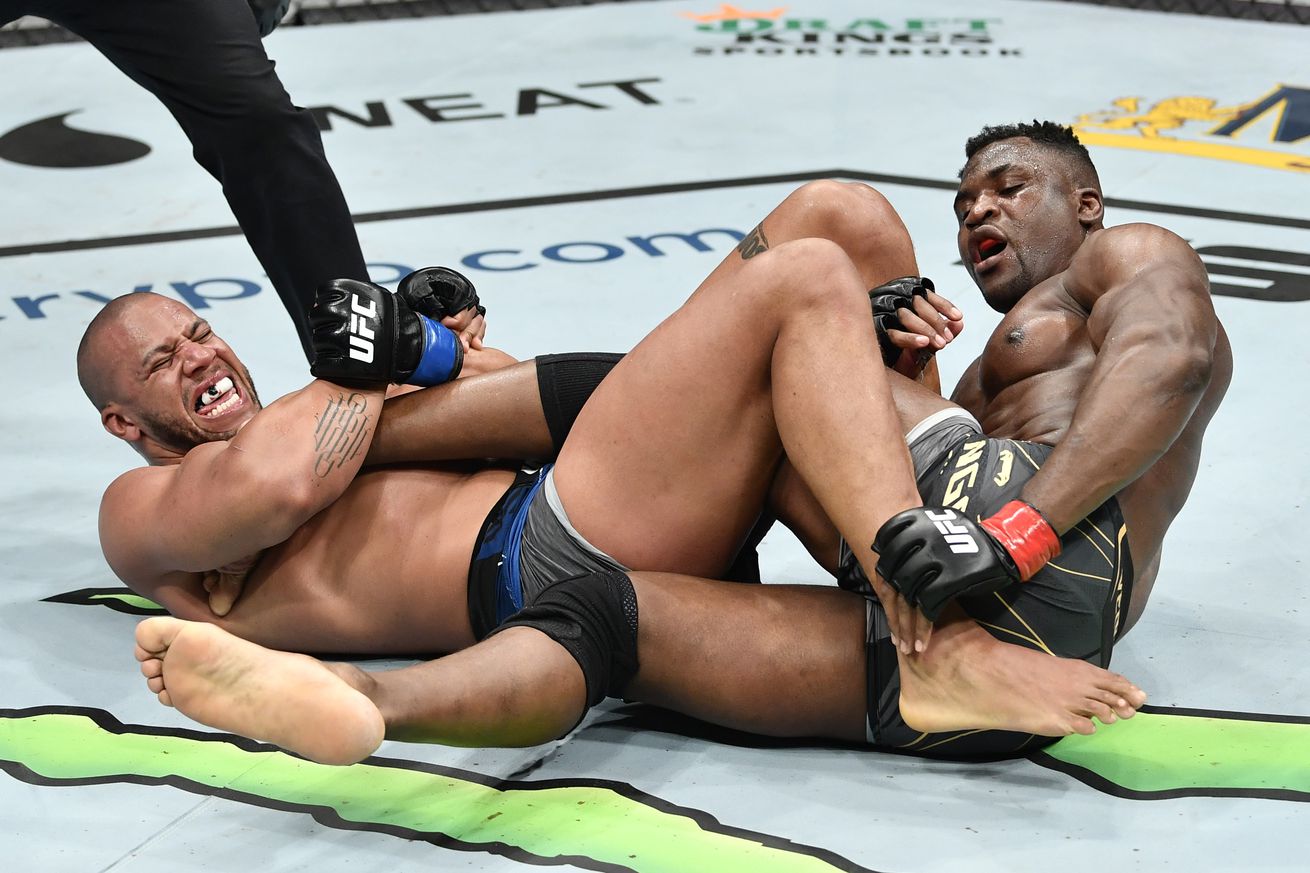 Watch video from the UFC 270 main event title fight. Headlining UFC 270 was the heavyweight title clash between Francis Ngannou and Ciryl Gane. So much was made about this bout outside the cage, being former teammates and sparring partners, along with Ngannou s contract dispute with the UFC. Inside the cage, Ngannou still emerged on top.

In a bout between two heavyweight strikers, it was actually decided by grappling exchanges.

Watch highlights from the title bout, along with a snippet from our play-by-play of the contest.

Francis Ngannou vs. Ciryl Gane, round 5

Inside leg kick from Ngannou. Lead elbow and leg kick from Gane. Ngannou with a right. Gane lands two body shots. Gane with a left that gets through. Gane with a leg kick. Gane ducks under and gets a takedown. Ngannou gets an underhook and tries to power up. Gane won t let it happen and settles into his full guard. Gane attacks a leg but gives up position! He attacks the leg again! He s all over a knee bar but it doesn t look like Ngannou is in danger. Ngannou takes top position and is really close to mount! Two minutes to go. He s settled into half. But he hasn t thrown a punch. Gane turns the hips but they re pretty stalled out. They re posturing but nothing offensive is happening. I don t even know what to say. I guess 10-9 and 48-47 Ngannou?

Joe Rogan says Charles Oliveira got screwed by UFC 274 weigh-in incident
Leave me alone Khabib not interested in fighting Oliveira
Paul Daley says rematch with Diaz or Masvidal could lure him out of retirement
Ferguson explains why he s turning down Oliveira s training invite
King of Collaboration - Khabib, Coker to meet about Fedor vs JDS