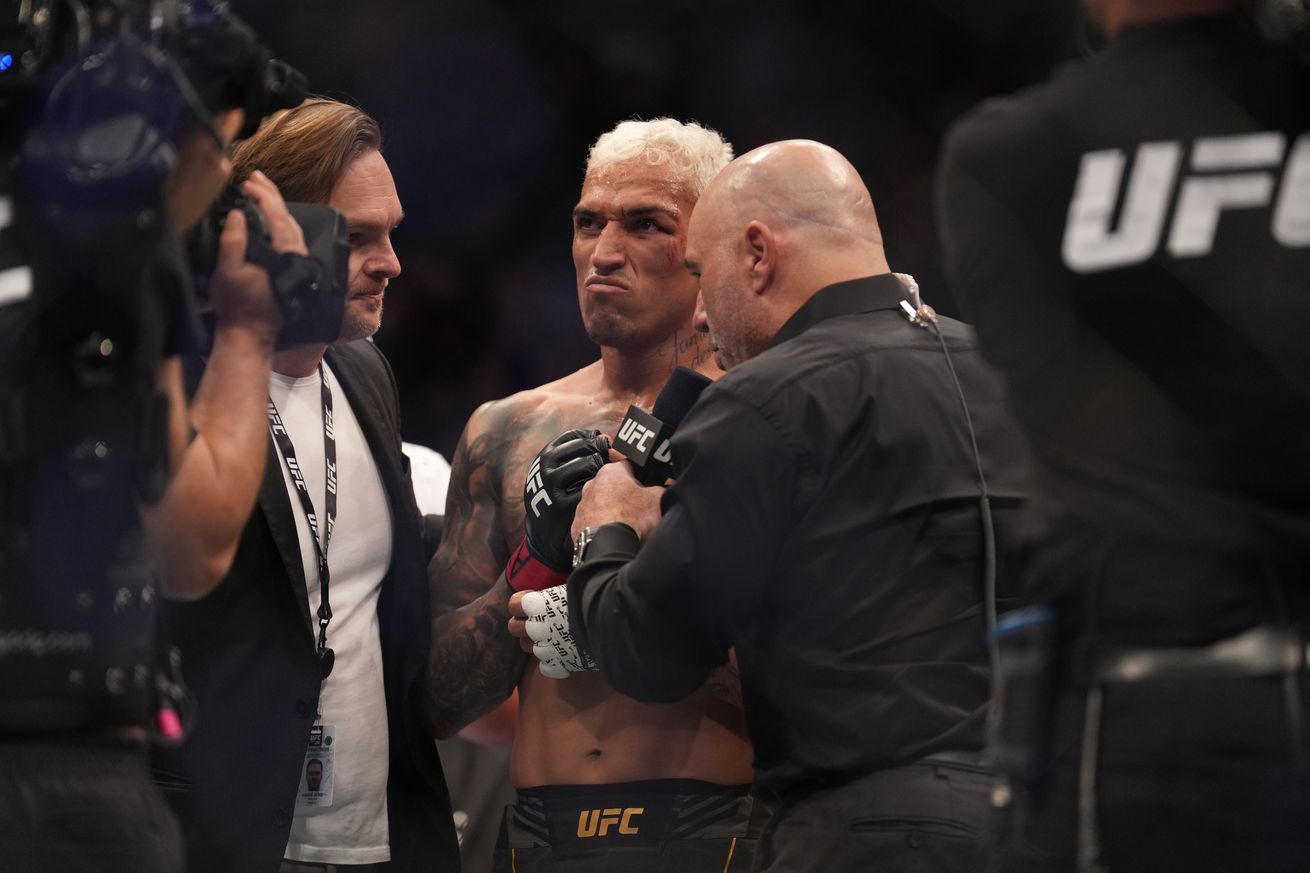 Get the Full StoryCharles Oliveira is interviewed by Joe Rogan following his stoppage victory over Justin Gaethje at UFC 274. Photo by Louis Grasse PxImages Icon Sportswire via Getty Images

Joe Rogan weighs in on Charles Oliveira s UFC 274 weigh-in fiasco. Count UFC color commentator Joe Rogan among those who think Charles Oliveira got screwed by the Arizona Athletic Commission prior to his fight with Justin Gaethje at UFC 274.

Oliveira, the now-former UFC lightweight champion, was stripped of the title after weighing in half a pound over the 155-pound championship limit. But there might have been some fishy business behind the scenes, as UFC official Marc Ratner suspects the practice scale may have been tampered with prior to Do Bronx missing weight.

Rogan isn t sure there was any evidence of tampering, suggesting the cause could have been a miscalibration issue, but either way, he thinks Oliveira got the short end of the stick in this situation.

He got screwed in his last fight, Rogan said on a recent episode of his podcast h t MMA Fighting . There was some shenanigans with the scale. Some people had messed with the scale. Here s a problem with these digital scales: Foreign fighters, they use kilograms and in America, obviously, we use pounds.

These scales are calibrated and then the foreign fighters would reset the scale so they could switch it back to kilograms. So it f up the whole calibration. So he weighed in the night before the weigh-ins, and he was like, Oh, I m good to go. Then in the morning, he goes and shows up for the weight cut, and it s a pound plus off, and that is directly related to this calibration thing.

It s Phoenix. That s what it is, and it s not a knock on Phoenix. I love Phoenix. It s just that the people that are there don t do high-level world championship MMA fights on a regular basis, Rogan said. They do a few. We ve had a good time there. They ve had some good events there, but they just made a mistake. They ll let these guys do it. There should have been someone watching the scale, and the scale was off, and that s a fact. Look, it s not the best excuse because Justin Gaethje made weight. Everybody else made weight except one of the women that fought earlier in the night, but that s it.

The UFC has incorporated a new security measure to avoid this kind of situation in the future, Rogan explained.

Now the UFC has a new policy because of this, where they have a guard who watches over the scale 24 hours a day. They have shifts where no one can f with the scale. If you re gonna get on that scale to try yourself, they re gonna watch you like a hawk, and you don t press any buttons. You just get on, what s your weight, get off. That s it. These guys were monkeying around with the scale.

Oliveira s failed weight cut didn t seem to affect his performance on fight night as the Brazilian went on to defeat Justin Gaethje via first-round submission. He is no longer the champion, of course, but most fans believe the victory should have counted as an official title defense.

In the absence of a title, however, Oliveira will now have to fight for the vacant lightweight championship unless the UFC decides to reinstate him as champion.